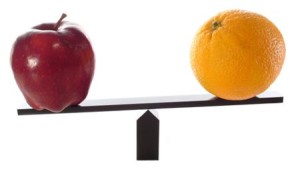 The UK system of Local Authority inspections is an evolved version of the one we used to have in Ireland before self-certification was introduced in 1992. (1)

The Architect/Engineer submits drawings for approval, gets permission with conditions (or refusal), the Local Authority inspects at set stages and issues a certificate on completion. Unlike our new SI.9 system, U.K. inspectors have statutory powers and can escalate to shut a site if works continue to be non-compliant (see notes in Appendix). It is a straightforward system similar to many others around the world. Provision is there for retrospective compliance (unlike BC(A)R SI.9).

The critical difference is there is a 100% inspection rate for all building types and the system is independent from industry; it is controlled by Local Authorities. The UK Department for Communities and Local Government (DCLG) publishes a clear guide on Risk Assessment for Building Control Officers to allow them to determine how many inspections are necessary for a particular project. (2) A standard assessment procedure, Inspector experience and common sense determine the number of inspections rather than an algorithm.

On the UK mainland they have a system of Approved Inspectors (AI) i.e. privatised inspectors licensed and controlled by Local Authorities that can be employed directly by developers of projects (3). The cost of using an AI is higher than going the Local Authority route and is typically no more than 1% of the construction cost of a project. It is the preferred route for 80% of commercial projects in England and Wales (4).

Blog Note: The table of fees for Building Control Inspections in Northern Ireland (Co. Down) are shown in a Link below.

The following UK system cost calculation has been verified by an Architect in the UK, and is based on Local Authority fees in Down District in Northern Ireland (5). The system in Northern Ireland is cheaper than in the UK mainland. Fees in the UK are self-financing and are approximately twice those listed below.

A comparison between the total costs to the consumer, industry and taxpayer of the UK and Northern Ireland system of Local Authority 100% independent inspections versus the current Irish system of reinforced self-certification confirms that the UK system is a fraction of the cost.

Table of fees for Down District: 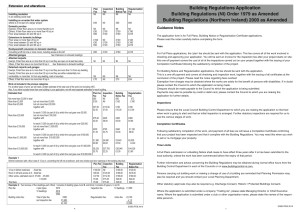 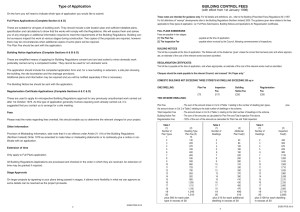 The above post is an extract of a paper “Is red tape killing our housing sector: Building Control Regulation Costs for multi-unit housing” by Maoilíosa Reynolds MRIAI at the Dublin Economics Workshop 2015, with thanks to Mark Stephens MRIAI.

Additional costs + fees introduced since 2012 for a typical house/

2 thoughts on “How much does Building Control cost in the UK (Northern Ireland) for apartments?”