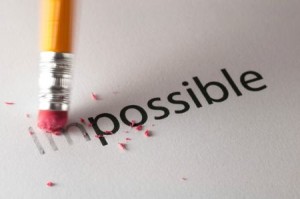 The housing crisis continues to escalate this week and questions are being asked about the Government’s ability to deliver ambitious social housing targets. Yesterday saw a number of Government policy initiatives aimed at easing the crisis. Dr Rory Hearne suggested two measures to address housing supply issues in an Irish Times article from October. Also highlighted is a UK scheme of prefabricated housing in Liverpool.

“Plans to develop 35,000 social housing units will not be delivered in the timeline set out by the Government, according to housing association Clúid.

The Coalition’s social housing strategy states the homes would be built over the next five years to tackle the property crisis.

However, a lag in building the units means the targets in the early years will be missed, according to Simon Brooke from Clúid.

“It’s the simple problem that there is a time lag between allocating money and that money transferring into housing…A lot of the 35,000 units in the strategy will have to be new-build and that is not going to happen in the first couple of years,” Mr Brooke said.

“I think the targets in the first few years will not be met. But that does not mean ‘let’s throw the strategy out the window’.

“Let’s stick with the strategy but say ‘those targets need to be back-ended’.

He also said that one impact of the housing crisis was that people with “high needs” – including those with mobility issues – are having to spend much longer time in “wholly unsuitable accommodation”.

“…New Liverpool houses will be built in a factory as a way of speeding up the building process to cope with the high demand for housing in the city.

Work has started preparing land at Naylorsfield Drive, Belle Vale, for 33 new eco homes which will be built inside before being lifted into place by crane.

The £3.5 million scheme by Liverpool Mutual Homes (LMH) will see the ground floors, upper floors and rooftops of the properties delivered separately.

Steve Coffey, chief executive at LMH, said: “The demand for good quality affordable housing continues to grow nationally and is magnified in Liverpool.

“Therefore we need to explore ways of speeding up the process.

“Building off-site means we are not affected by bad weather, the quality can be controlled better and there’s less disruption for the local community.”

The homes, due to be completed by the end of 2015, include 21 with two-bedrooms and 12 with three-bedrooms and will meet higher than usual energy efficiency standards.

Mr Coffey added: “We expect this scheme will save us significant time compared to building the homes in the traditional way. Reducing build times also reduces costs.

“If successful in terms of better quality and quicker turnaround, it is something we will look at for future developments – the more homes we can offer residents and the quicker we can do it, the better…

“Through this scheme, LMH is leading the way in testing new products and new technologies.”

…The homes will have south-facing, landscaped gardens and private driveways for parking.”

“…A number of actions will be initiated from January of next year which include:

These measures will combine with previous announcements including, the introduction of a vacant site levy, new Part V arrangements and 20,000 starter homes for the Greater Dublin area to be funded by NAMA.

This will be further combined with a development contribution rebate for developments completed in Cork and Dublin. Where new housing satisfies certain criteria in relation to value for money, achievement of affordable selling prices and sale and occupation by 2017, they will be eligible for a rebate of development contributions paid, bringing down prices to purchasers…

“…there is strong evidence emerging that developers were waiting for these to take effect in 2017 before initiating development and we believe it’s time to fast-track the introduction of the National Guidelines,” said Minister Kelly.

“The changes will in no way affect building standards as these are set down by law… these new guidelines will allow for some city centre developments to be built without the very large costs associated with underground and multi-storey car-parks, which recognises the trend towards urban dwellers who wish to avail instead of lower purchase and rental costs and prefer to walk, cycle and use public transport,”

“For those who build and sell affordable housing at below levels of €300,000 in Dublin and €250,000 in Cork, subject to certain conditions, they will be eligible for a rebate of payment of local authority development levies on sale of the property but must demonstrate the passing on of savings to purchasers through a project plan,”

“…These measures, which cover planning, development levies and other areas, will complement NAMA’s undertaking to fund the delivery of 20,000 additional residential units by 2020.

In terms of the rental market, the measures will promote greater stability for tenants, but are time-bound in order to prevent any negative impact on supply…” Said Minister Noonan…”

“The Irish housing system is in an unprecedented crisis. This is visible in escalating rents, ‘economic’ evictions, mortgage arrears, repossessions, waiting lists, substandard accommodation and the growing numbers of those unable to buy a home.

It is a national emergency and without a significant shift in policy the crisis will only worsen. At the current rate of families becoming homeless there will be more than 6,000 children in emergency accommodation by 2017. This is deeply traumatic for children and their families. It is arguably a breach of the UN Convention on the Rights of the Child.

The current crisis results from decades of housing policy that followed the private ‘free-market’ approach which treated housing primarily as a commodity and speculative investment asset.

This continues today with the crisis being analysed as one of ‘demand outstripping supply’ and discussion focused on how to incentivise the property industry to build more housing stock.

…the state must intervene to protect people from the market. It could do this in two ways which would fundamentally address the crisis. Firstly, there is an immediate need for rent certainty (where rents cannot be increased beyond a certain index such as inflation) and improved tenant protections in the private rented sector. Rent regulation exists in many European countries (who incidentally have plenty of ‘supply’).

There is no constitutional impediment to such a measure, as Article 43.2.1 of Bhunreacht na hEireann states that the right of private ownership “ought to be regulated by the principles of social justice” and the State may, “delimit by law” these rights for “the common good”. The introduction of rent certainty, as with other measures, is clearly a political choice and the Constitution should not be hidden behind as an excuse for inaction.

Secondly, a State Homes and Housing Agency should be formed to deliver a historic social, rental and affordable house building and refurbishment programme of well-planned, sustainable, and mixed communities. This would be a partnership between local authorities, government departments, housing associations, NAMA and theHousing Finance Agency. It would have access to land, finance and institutional expertise. It should have €1.5bn of annual capital funding from the state. The current allocation of €500 million to new social housing building in the Capital Investment Plan is inadequate as it will only provide 1400 new units nationally next year with fewer than 300 of those in Dublin City.

The Agency could build on the 30 hectares of land that Dublin City Council is currently being forced to sell off through a Public Private Partnership because it does not have the finances to build on it itself. It could redirect into social use the €4.5billion NAMA plans to invest with various vulture funds on high end office and apartment developments. A Housing and Homes Agency could draw on finance from the European Investment Bank. It could also compulsory purchase vacant and derelict buildings and take over buy-to-lets in arrears and convert them to low cost rental housing.

As it currently stands the 20,000 units the government has outlined NAMA will provide in order to address supply will not be social units but are to be delivered on a ‘commercial basis’ and are more likely to be sold to international investment funds rather than as ‘starter homes’. Indeed NAMA’s promotion of and involvement with global wealth funds in the Irish property market must be questioned as to how it is benefitting the Irish housing system. It is facilitating the trend where housing is increasingly becoming a global investment asset for the wealthy 1per cent.

Problems in our housing system are affecting economic competitiveness, contributing to rising deprivation, inequality and poverty, and lowering educational and employment prospects of those affected. The 2008 crash should be a stark warning that a rising property market is not necessarily a ‘good thing’. The housing system will only be fixed when policy treats housing in the first instance as a home, a social necessity and a human right, not a speculative investment asset or commodity.