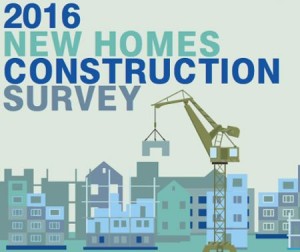 A survey published on 11th November 2015 by Knight Frank has confirmed that the building control regulations, BC(A)R SI.9, introduced in March 2014 and later central bank lending rules are considered by the industry and developers as major barriers to residential construction. 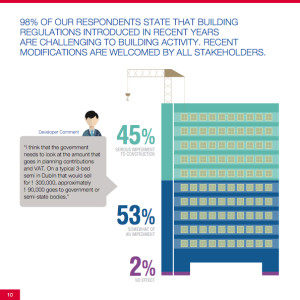 “It is clear that a chronic shortage of new housing now exists, with just approximately 3,000 new residential units expected to have been delivered in the capital by the end of 2015, which is just a third of what is required on an annual basis according to our survey.

The inaugural Knight Frank New Homes Construction Survey has highlighted some key factors that are hindering the construction sector from delivering sufficient new supply to the market and alleviating the current housing crisis from the developer’s and builder’s perspective.”