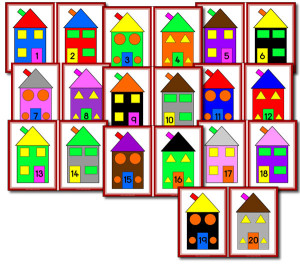 Industry and public reaction to recent Government proposals to tackle the housing crisis has been mixed. Commentators have suggested that the most practical way to address spiraling public housing lists is for Local Authorities to build new social housing. A recent Journal.ie article demonstrates just how many barriers there are to delivery with Local Authorities nationwide completing just 20 social housing units in the first half of the year. Minister Alan Kelly has defended his Department’s performance citing figures for existing refurbished “voids” or existing vacant units coming back into use. However, these are not new homes and will have a limited benefit for the +90,000 or so people waiting for housing and 1,400 children currently homeless.

Historically low Local Authority house building over the past 4 years combined with a very low take up of NAMA units offered to Local Authorities for social housing means that supply has remained at very depressed levels. Over the past number of years Local Authorities have had resources cut and have lost technical staff, engineers and architects, the professionals who are able to procure housing units and manage a raft of regulatory changes.

Minister Alan Kelly is struggling to complete just 22 modular houses by Christmas under cumbersome regulations that his own Department introduced in recent months. It is hard to see how the current administration can make any meaningful inroads to residential supply problems and the housing crisis affecting thousands of families all across the state.

A grand total of zero had been delivered in quarter two according to the Department’s figures:

Last November, the government committed to supplying 35,000 additional social housing units – at a cost of €3.8 billion – over the next six years.

With just 20 delivered by the mid-point of this year, it’s unsurprising that AAA TD Ruth Coppinger [Anti-Austerity Alliance] lashed the government for the lack of progress as the housing crisis dominates the political agenda.

“How in the midst of the worst housing crisis in living memory can the government think that the building of council homes shouldn’t feature?” Coppinger said yesterday…These figures are shocking and shameful…

However, the Department of Environment hit back, insisting the figure of 20 – which is their own  – was “grossly out of date”…

Coppinger hit back today, pointing out that the government’s claim of the figures being “grossly out of date” didn’t stack up when they were published by the Department of Environment on 22 October – just three weeks ago.

The Department did not directly answer our questions in its response, nor did it dispute the eye-catching figure of only 20 council houses so far this year.

They told us that in deciding on targets, the social housing strategy determined that the new-build programme would be “slow in the initial phases of the strategy as the planning and design and tendering processes had to be progressed first”.

However the Department insisted that it was confident that 7,000 units will be delivered this year. The Department also repeated that there are currently 3,500 social houses under construction nationwide.

In conclusion, it is correct to say that only 20 council houses were built in the first half of  2015. But the Department appears confident that it will have delivered significantly more than that by the end of the year and many more in the years ahead.”

1 thought on “Have only 20 council houses been built this year? | Journal.ie”