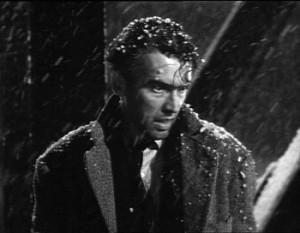 The following three articles highlight some of the difficulties being encountered by Minister Kelly’s prefab initiative to combat homelessness. Tasked with a massive housing list and after seeing homelessness levels double over the past 12 months, it appears that the Government isn’t able to deliver 22 houses, let alone the 35,000 homes required, in a sensible manner. The main advantage of prefabrication is speed, however the first site in Ballymun may not be ready for Christmas occupation later on this week.  The cost of the units, including site costs, are double that of proper permanent homes in established communities nearby. The roll-out of Minister Kelly’s prefab solution for the homeless all across the city appears to be poorly planned and very costly. The solution? 150 planned temporary prefabs for the same cost as 300 permanent homes that could be purchased immediately.

The site was purchased in 2007 for €3.5m and could accommodate 40 homes or the elderly. Under Minister Kelly’s plans just 29 prefab temporary units will be provided at a site cost of €120,000 per unit excluding the construction cost. That is if permitted under the restrictive covenant that was part of the sale of the lands from the Sisters of Mercy.

If similar to the successful tender for a current prefab project in Poppintree in Ballymun, the total cost per unit could be in excess of €310,000, over the asking price of permanent houses for sale locally. Instead of opting for costly temporary solution the Minister could have purchased permanent existing proper houses in the established local community.

Not only is Minister Kelly apparently ignoring normal planning procedures in the development in Ballymun, now he may bypass normal tendering procedures and award prefab contracts directly regardless of cost (see Independent story here). Is this assertive action or just political expediency? The following article suggests that it’s too-little-too-late, a hap-hazard response by an administration that desperately needs “a solution” in advance of an election.

“The state’s promise of modular homes for the homeless by Christmas was no more than a PR stunt.

Modular housing has quickly become synonymous with “fixes almost every housing problem”. Let’s examine, not only why that isn’t the case, but why the implementation of modular housing matters so much.

Why are we considering building modular homes, which cost almost €200,000 to buy when you can buy a pre-existing building on the market in the same area for €140,000?

In September, Minister for the Environment Alan Kelly announced a plan to build 250 modular homes at a cost of €100,000 each.

Then, in October, Dublin City Council published its modular housing report. It also estimated that each unit should cost around €100,000, and a tender was awarded for 22 homes – to be built before Christmas – costing €4 million plus. But this is at least 80 per cent higher than the cost mentioned in the report. The quoted expenditure is €191,000 per home – not €100,000.

The Tyrone Times then reported that the Coalisland-based firm, Western Building Systems, was in line for up to €40 million worth of contracts. Were the €100,000 figure correct, this would provide 400 homes – not the 250 Kelly announced in September, so we can only assume that the higher prices are here to stay.

Then, in order to deliver the government’s “22 homes by Christmas” pledge, means were used that developers could only dream of.

By keeping the bid below €5 million, the project was fast-tracked under the European Procurement Directive. Part 8 of the Planning Act, which requires a consultation period, was skipped by invoking emergency procedures. And emergency aspects of Article 38(8) of the European Act, which relate to urgent situations, were invoked to facilitate a near instant start.

But how can the government justify this urgency when there are houses for sale for less in the very areas where modular homes are planned? The only urgency seems to be on getting a PR win at any cost.

I suspect that many people were praying for a snowstorm to stymie the project, but fate went one better. Early last week, the mild weather brought protesters to the site for the 22 houses, in Poppintree, Ballymun, prompting several subcontractors to abandon it, and the project stalled.

Protesters claimed that a local housing co-op had plans to build almost twice the number of homes than that promised by the government, on the same site. They said they paid €5,000 each to secure planning for their homes more than ten years ago.

How can two groups lay claim to the same ground?

And, it is worth noting, that the modular homes project didn’t need any such bureaucratic delay, given it expertly evaded every rule in the rulebook. A planning search on Dublin City website reveals nothing from this year in relation to the Poppintree site.

Imagine the frustration of seeing a PR stunt take precedence over something you waited a decade for?

In fact, the modular development is being built over land that still has existing planning on it for the co-operative homes. This kind of situation is unique, because normally rules, procedures and consultations avoid this kind of thing. That’s the downside of fast-tracking in such a rough-shod manner.

Let’s be clear: nobody is saying homelessness is good – far from it. But building over another group’s permission and paying over the odds is inexcusable. Every euro overspent is a euro that will never make it to the next person who needs emergency accommodation.

Equally, existing permissions will have to be reapplied for and, given this is a state-sponsored error, the state – and ultimately taxpayers – are likely to have to pay the cost of this too.

As it turned out, agreement was reached with the protesters and the housing co-operative last week, and work resumed on the site.

Despite the positive outcome, this is, all in all, a higher-than-quoted cost plan that fails on several fronts.

The planned modular homes are almost 40 per cent more expensive than existing buildings in the same location. To spend an extra €50,000 on each one deprives another family of that level of financial support, and that is morally and financially wrong.

It appears that costs are well above what we were told they would be. The initial estimates mentioned were €100,000, not €191,000, which is what the publicly quoted figure presently stands at.

The errors and negotiations with the housing co-op will mean bringing on-stream a project that had all but died off, and this will be expensive because it wasn’t planned for. It was the byproduct of the policy equivalent of reckless driving or speeding.

Sometimes people want to find solutions so badly it hurts, but that shouldn’t mean you go so far as to hurt yourself financially in order to obtain a feint and passing ego boost.

Dublin City Council now has to clean up a mess that originated with the Department of Environment, and once again, we have grasped failure from the jaws of victory and turned a win-win into a lose-lose.

At this point, Alan Kelly and others in the Department of the Environment are surely praying for a white Christmas, because only a snowstorm will cover up the cracks in this debacle.

1 thought on “PREFAB PROBLEMS | Is Minister Kelly hoping for a white Christmas?”