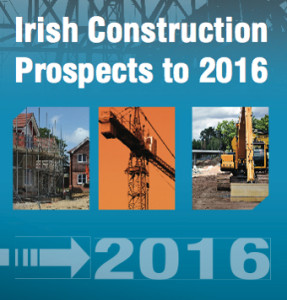 A report commissioned by the Society of Surveyors in Ireland confirms the massive additional cost burden building control procedures introduced since March 2014 have placed on the construction sector and consumer. it is an excellent source of accurate data and analysis and poses some interesting questions, not least the accuracy of forecasts of residential completions. SI.9 is seen as a key risk to construction in 2016. Quote:

“The majority of respondents stated that the Building Control (Amendment) Regulations accounted for up to five per cent of the price increases across all categories of dwellings in Dublin and across the rest of the country.” (p24, See link here)

Building Control (Amendment Regulations) SI.9 have affected the feasibility of many projects. Estimates of SI.9 on the residential sector costs vary from €27,000 per apartment to over €50,000 for a self-built house. This report from a key industry stakeholder involved in the formation of SI.9 confirms these estimates.

In October this year RIAI President Robin Mandal confirmed the time needed by professionals alone to administer new building control regulations for the housing programme would be between 2- 3 million “man hours” per annum (€200- €300m). These costs excluded significant contractor and phasing costs for developers which could double these figures. As BC(A)R SI.9 applies to non-residential projects there are industry-wide implications.

“The Dublin Housing Supply Problem – Survey Responses…The lack of profitability in residential construction due to high costs (including those imposed by regulation) was also frequently mentioned (18% of responses).” (p23)

Asking prices in Dublin and around the country still below normal building costs. SI.9 has further impacted upon residential supply and made many schemes aimed at first time buyers very difficult. Lack of development finance coupled with increased regulatory costs has compressed margins to a point where developers simply must wait for asset prices to rise, or build at a loss. The cost increase due to SI.9 is significant even in the current very competitive pricing environment. Many companies have absorbed duties and roles as part of normal appointments and preliminaries to date, not passing costs on to consumers. As work becomes more plentiful expect costs to rise sharply. Planning permissions for multi-unit residential projects have further reduced  indicating that speculative residential developments of any scale are a non-runner in the medium term.

A recent Knight Frank Survey noted that the majority of current residential projects are smaller schemes with less than 50 units. It also confirmed that 98% of industry believe these regulations are a barrier to residential supply.

In response to “excessive” SI.9 professional fees for “once-off” dwellings a Ministerial review of BC(A)R SI.9 was commenced in April 2015 which concluded in September when Minister Coffey published an “opt out” for single houses and residential extensions from the administrative provisions of SI.9 (SI.365). SI.365 has seen as a welcome development by consumers and senior industry figures.  This is a significant part-reversal of Government policy which should improve once-off housing levels. Owners that opt-out of the SI.9 certification process can avail of industry-standard “opinions on compliance” that are used in conveyancing.

However a similar review was not called for multi-unit sector or the non-residential sector which still carry the brunt of these ineffective and costly administrative procedures. Since September local authority housing comes under the remit of SI.9 impacting on the cost and delivery of social housing.

“Key Risks to forecast…Other issues raised by SCSI members include the availability and quality of new graduates, the ageing workforce, upward pressure on costs, the lack of specialist contractors, the adverse impact of the Building Control regulations and the complexity of negotiations on residential development schemes given the large number of stakeholders involved in negotiations.” (page x)

Senior industry figures have been calling for these regulations first to be deferred, then revoked since introduction in March 2015. How long can Ministers Kelly and Coffey continue to ignore the calls for an immediate review into the effectiveness and cost of BC(A)R SI.9 to the wider industry?