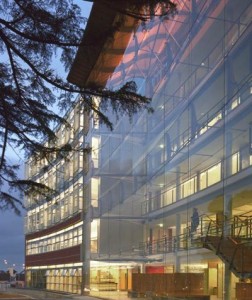 The recent move by Fingal County Council (see details below) to make Assigned Certifiers a separate appointment for building projects is a further indication as to how other Local Authorities may proceed under Building Control Regulations BC(A)R SI.9. Fingal’s action follows the country’s largest commercial architectural and engineering firms who have already contracted specialist Certifier firms for over €1.5 billion worth of construction projects (a sizeable share of an €11 billion industry). Elsewhere in the public sector, Cork County Council, Dublin City Council and the Department of Education have also been appointing separate specialist certifier companies.

Specialist Certifiers continue to enjoy a fees bonanza with an estimated 2,000,000 – 3,000,000 billable hours per annum in the housing sector alone (RIAI estimate). This is despite a Ministerial exemption for once-off housing and extensions introduced in September 2015 following a Government review in an effort to reduce massive impact of costs associated with building control regulations introduced in March 2014. BC(A)R SI.9 applies to all sectors of the construction industry (not just housing) and has added over 5% in administrative costs to construction projects in 2015 (SCSI estimate). These procedures have left standards unchanged but require extensive records to be kept for certification. Industry experts have been critical of the lack of new consumer protections under BC(A)R SI.9.

When BC(A)R SI.9 was introduced in 2014 Local Authority projects were exempt from onerous and time consuming procedures involved in the new legislation. SI.365 introduced in September 2015 changed that; now Local Authority projects come under the remit of SI.9 and as a result many have been scrambling to bring themselves up to speed with new roles and duties along with potential future liabilities. Farming this liability out to third parties would seem the less troublesome, if the most expensive, option for public sector staff.

The BRegs Blog is not aware of any plans for a Government review of the impact and cost/benefit of BC(A)R SI.9 on the construction industry or of SI.365 on Public Expenditure .

“The Architects’ Department from Fingal County Council will:

Fingal County Council staff are assuming the role of Design Certifier and appointing a separate consultant in the role of Assigned Certifier. However there are a number of issues that affect the Design Certifier role and this has been the subject of much discussion in the industry.  Many industry experts consider this role to carry more liability than the Assigned Certifier, leaving individuals personally exposed to prosecution and financial claims (see Mark Sanfey BL opinion below).

In a previous post the BRegs Blog addressed some of the queries being received from Local Authority employees (see link Here:). For Local Authorities and other professionals, now contemplating acting as Design Certifiers, there are a number of must-read posts. One significant issue is overhang liability – the Design and Assigned Certifier roles are personal appointments and long-term liability for the person signing requires careful consideration. Many consider one separate appointment for Design and Assigned Certifier to be a more logical arrangement with no crossover legal issues/ responsibilities which minimises potential contractual issues on site, in the absence of revised standard forms of contract. The biggest commercial firms in the country are availing of separate Certifier consultants on projects as standard practice to minimise possible longer-term liability implications on professional indemnity insurance.

Design Certifier – Can we leave it to the builder to sort out?