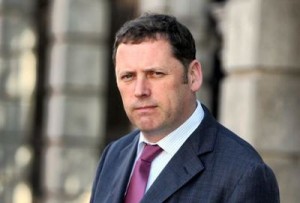 The Surveyor’s Journal has a number of interesting angles on BC(A)R SI.9 this month (See link here). In this month’s edition they asked a number of leading politicians for opinions on aspects of Construction Industry Policy, the housing crisis and Building Regulations.

“We believe that self-regulation and self-monitoring of building standards does not work and that independent State authorities need to have a greater role in inspecting new developments. However, the design of the Building Control Amendment Regulations is also irrational and costly, and is one of the key reasons behind the absence of new housing supply. The cost of compliance, and thus building, has increased significantly since 2012 and this has occurred without providing independent inspections, significantly improved building standards or better consumer protection.

The high costs of Irish building control are unique. In the UK a self-financed system of building control, managed directly by local councils, costs just€730 per house, a fraction of the cost of building regulations introduced here last March.”

“…While there may be a greater recourse to liability introduced under the Building Control Amendment Regulations (SI9) ‘Assigned Certifier’ system, it is still a self-regulatory regime. We believe that self-regulation and self-monitoring of building standards does not work and that independent State authorities need to have a greater role in inspecting new developments. However, the design of the Building Control Amendment Regulations is also irrational and costly, and is one of the key reasons behind the absence of new housing supply.

Fianna Fáil proposes a National Building Inspectorate as opposed to the assigned certifier system, which would examine at least 40% of the buildings under construction. A system of licensing or registration of builders and information on builders should be shared amongst the relevant authorities with full prosecutions of any designers or contractors who are negligent in their duties. A building inspectorate (much like the National Car Testing system) with dedicated specialist staff and standardised systems, monitored by the local authorities, would be more cost-effective, easier to quality control and, ultimately, safer than the assigned certifier system.”

Widely criticised by industry experts for adding cost with little consumer benefit, BC(A)R SI.9 effects were most sharply felt in the once-off housing sector where a 60% fall-off in commencements was recorded in the first 12 months of operation. Prompted by this, a Ministerial review initiated in April 2015 resulted in an “opt-out” being introduced in September 2015 for once-off houses and extensions.

Despite SCSI confirmed 5% increase in costs across the board for all project types and confirmation by another key stakeholder of professional fee increases of €200- €300m per annum for the residential sector, remarkably there are no plans to review the costs and effectiveness of these procedures.

Prior to the “opt-out” costs for once off houses were confirmed at up to €60,000 per dwelling (for a self-builder). Current industry estimates for SI.9 costs for multi-unit residential dwellings are over €25,000 per unit. In the UK under a Local Authority controlled privatised “Approved Inspector” system costs per unit are just 1% of this figure. Since September BC(A)R SI.9 and the associated costs applies to all Local Authority projects including the planned social housing programme.