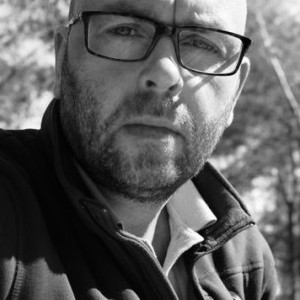 Over the last two years Sherlock Holmes’ evil Professor Moriarty has been wandering the corridors of the Department of the Environment, Community and Local Government wreaking sublime havoc, and leaving several reputation-damaging debacles in his wake.

The damage has been so bad that in late 2014 an internal report (‘Housing Division: resource requirements and organisational arrangements’) was carried out. This report is very critical of the housing capabilities and activities of the Department; it was obviously evident within the Department that something was amiss and required investigation.

Given its findings were from an internal review, it makes one wonder what an outside investigation would have made of it: a lot more damning I should think.

Some of the criticisms the report finds are around the disadvantages of the housing section being located in different locations such as Ballina, Wexford and Dublin with staff missing out on shared and informal meetings with colleagues (which is where a lot of ideas often come from). There were found to be unclear lines of responsibility between the different components of the housing section; in my experience, this can translate as nobody taking responsibility for anything, and little getting done.

There are two other crucial points the report makes that are both intricately linked to the Department’s subsequent reputation-damaging exercises. There is a need to improve decision-making processes “so policy measures we advise on are as good as they can be”, and crucial staff like a statistician has been “insufficiently exploited” doing routine work. As a result, “innovative approaches which could greatly advance the Department’s understanding” of housing matters have not been developed.

This is all very worrying, and I think has led directly to three serious messes created by the Department (or Moriarty) in the last year or so.

Firstly, there was the development of statutory building control regulations to replace self-regulation, known as BC(A)R. As the state had previously managed to visit a tiny proportion of all buildings as they were being constructed (in the UK, every building is inspected multiple times), the BC(A)R regulations were intended to ensure inspections so that any construction met basic minimum requirements in terms of structure and fire safety and so on.

They were roundly criticised as an exercise in optics: they weren’t independent (the assigned certifier of the building could be an employee of the developer, so effectively more self-regulation); they added about €27,000 in fees to the average cost of a apartment – and a lot more to a house – a price which is passed on the purchasers (in Northern Ireland this figure is about £270); and they managed to bring no additional consumer protection rights to the purchaser.

The next kerfuffle the Department is embroiled in are the apartment size regulations. These are so badly written that required minimum room sizes don’t actually fit into the minimum floor areas specified. They achieve an average saving of just €6,700 per apartment, which is never going to kick-start any construction, and in some local authorities have managed to actually increase construction costs.

The new smaller floor sizes, which reduce apartment comfort and functionality, are now mandatory, meaning that even smart planning authorities that recognise the inherent flaws in the regulations can do little about them. Despite having the second smallest new home size in Europe after the UK, they also introduce a new studio of tiny proportions and will allow for half of all new apartments built in Ireland to be just 40 square metres. Excluding two  square metres of storage, this is right back to 1995 sizes.

The Department of Environment have tried to defend these size regulations, but an analysis of their research and examples shows they have justified altering apartment sizes on the basis that they will bring a profit of just €1,540 per unit. For developing ten units over two years, therefore, you could buy yourself a new Fiat Cinquecento with the profits. I’d say developers will be very excited by this opportunity of a lifetime.

Finally, there is the requirement to negotiate ‘Part V’ – the social housing requirement – in advance of submitting any planning application, leading to extra costs and significant time delays as planning applicants try to get all the various local authority players around the same table at the same time.

Also, negotiations between developers and local authorities over Part V provision must now take place in advance of submitting a planning application. The ensuing agreement – which includes sensitive commercial information including development costs and professional fees – must then become part of the planning application, which of course is a public document and available online to competitors. This is ludicrous.

If planning is granted for anything different to what was applied for, then the Part V calculations are incorrect and negotiations have to start again. This oversight is causing serious delays to the commencement of house building.

One can’t expect a Minister to be an expert in everything, which is why they rely on their departmental advisers. There are, of course, some good people involved in housing in the Department but the overriding impression is one of disconnectedness from reality, and of a lack of ability where it matters.

It’s quite difficult to engineer a situation in housing where everybody loses, but in the last 24 months the Department has managed to do that, repeatedly.

Dr. Lorcan Sirr is a lecturer in housing at DIT, and Visiting Professor at the Faculty of Legal Sciences, URV, Tarragona, Spain