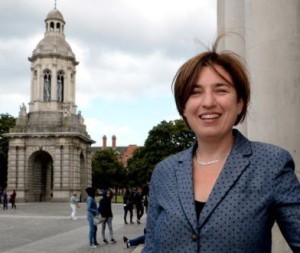 Deirdre Ní Fhloinn, who has previously written several posts for the BRegs Blog (see below), is a solicitor, PhD candidate and construction law expert. She has written extensively on the lack of adequate consumer protections in our building industry. Last month she launched her own blog, ‘Constituto’, exploring aspects of construction law – it is well worth bookmarking (Link: HERE).

In a recent Constituto post the issue of negligent certification is examined in a recent legal case:  “McGee v Alcorn & Friel 2016 | Constituo“

“The issue of liability for negligent inspection and certification of new houses has been widely debated since the introduction of the Building Control (Amendment) Regulations, 2014.  The potential liability for certifiers gave rise to a good deal of concern before the Regulations were introduced, and for good reason.  There is a substantial risk that a negligent certifier will be held liable for the cost of putting right defects to a house in the event of negligent inspection or certification… This is the issue that was before O’Malley J in the High Court in the February 2016 decision in McGee v Alcorn…

A striking feature of this case is that it related to a rural ‘once-off’ house, singled out for exemption for building control by SI 365/2015 and widely welcomed by politicians, particularly in rural areas. The professional involved was held liable for the cost of putting right defects to a house in the event of negligent inspection or certification…

Most people buying a modern house, and most of the lenders to whom they will go for mortgages, will require such certificates and will rely upon them.  Self-certification by a builder does not seem a realistic alternative.  It is simply untenable to suggest that the person who holds himself out as professionally qualified to assess, and in a position to certify, the quality of the house and the workmanship of its construction, should not thereby be required to take care in giving such certification’.”

The extent of professional liability under new BCAR SI.9 procedures is a debate that has been ongoing since 2012. Senior industry and legal figures have confirmed that new Assigned and Design Certifier roles carry very significant new levels of exposure due to lack of clarity under the new system. Design and Assigned Certifiers should not assume that they can rely on ancillary certificates provided by sub-consultants or Ancillary Certifiers in the event of an owner seeking redress for defects  (see link below). Extract from Mark Sanfey July 2015:

“You could argue whether the Ancillary Certifier has this NEW liability or not but the Design Certificate is much more clear cut- the person who signs is primarily Iiable without safeguards. There is a significant risk that the Design Certifier assumes responsibility for the due skill and care of others “

“The system is not clear so you can’t define the risks and that makes it difficult to get insurance. That’s the biggest evil”

“The Assigned Certifier is the one in the lion’s den” Rory O’Donnell, solicitor