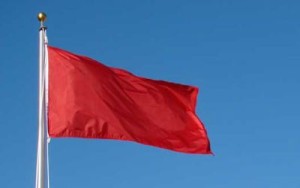 The following comment was received on 4th April 2016 from Simon McGuinness, MRIAI in response to an earlier post “SI.9 – the ‘Red Flag Act’ for construction?“. Mr McGuinness highlights widespread non-compliance with Part L (Conservation of Fuel and Energy) in the building industry under our continued ‘reinforced’ system of self-certification, and the insurance risks resultant for professionals and consumers. How many design certifiers even know what fRsi means, and how many are signing Design Certificates without any checks? Comments as follows:

The current Irish Building Control system is a hostage to fortune depending on the proclivity of the Irish courts and a precarious international insurance industry.

The first design certifier who, to give just one example, is successfully sued for the appearance of mould in a house or apartment, is likely to collapse the system. They will be unable to prove, to the satisfaction of a court, that their design was compliant to two places of decimals (fRsi > 0.75 is the current BRegs requirement).  This will be the “red flag” that confirms that an uninsurable risk exists.

Ireland’s “joint and several” liability legislation, allied to extensive legal precedence favouring non-professional home owners in such cases and a test for compliance which is beyond the competence of 99.9% of the world’s building professionals, means that the outcome is reasonably predictable.

Following a successful civil prosecution, with an attendant award of damages for relocation, remediation, disturbance and compensation for ongoing health impacts, professional indemnity insurance premiums will soar, if cover is available to the Irish market at all. Building certifiers will be forced to withdraw from the Irish market as their PI insurance expires and, absent emergency legislation, construction will shudder to a halt for the second time in a generation. Developers and contractors will abandon the market, if they don’t go bust as a result of un-occupiable buildings.

It may be that this BCAR-derived risk profile is known to the market and is a component in the lack of investment in new house building, particularly multi-family housing, in spite of public and private funding being available. Even the get-out clause of incorporation available to contractors and developers (but not available to certifiers, who carry the ultimate liability) is insufficient.  The economic dependence of developers and contractors on the lowly certifier – fees effectively capped at €3,000 by ministerial decree – and their skill in negotiating an evolving regulatory and administrative quagmire – is counter-cultural and financially unsettling.

BCAR will be replaced with either:

a) an insurance-based system which allocates legal liability on the basis of culpability, or

b) a public inspection system.

Its just a matter of time and context.

Correspondence may be submitted to: bregsforum@gmail.com

2 thoughts on “House of Cards |  Could one fRsi claim for mould collapse BCAR system?”