The BRegs Blog put out a last minute call to some candidates on the NUI and TCD panels for the Seanad Elections 2016, who had commented in the media recently  on construction related matters to gauge their views and potential policies on Building Control Regulations. We received two responses from NUI candidates, Aideen Hayden and Kieran Rose. We publish their responses below.

Voting closes at 11.00 am on Tuesday 26th April 2016 so if you are fortunate enough to have a vote please use it wisely. 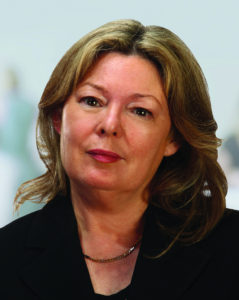 The Building Control Regulations 2014 now require greater accountability for compliance  in the form of statutory certification of design and construction, lodgement of compliance documentation, mandatory inspections during construction and validation and registration of certificates…however they are excessively cumbersome and costly both on the professions and on the ultimate consumer.

While it could be argued that Local authorities as building control authorities already have strong powers of inspection and enforcement under the Building Control Acts 1990 to 2014 I believe there is a need for an independent inspectorate such as the system that operates in the UK.

The current system arguably allows for more comprehensive local authority inspections on developments and it has been suggested that they are now in place, and that it is intended that inspections will be enhanced further over time as construction output recovers however most professionals with whom I have communicated favour a much more direct system of independent control. More importantly a system of independent control would I believe restore confidence in the construction sector overall. A strongly independent system would in reality reduce duplication among the various professionals on a job, bring clarity and cost efficiency and would ultimately be more transparent. 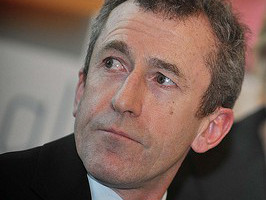 The BRegs Blog raises very important issues and plays a very important public interest role. I was particularly taken by your statement about your network that:

“Its primary focus is concern for the safety and welfare of Irish people in and about the buildings they use e.g. their homes, schools, offices and places of entertainment and to encourage greater consumer protection to the process of building procurement.”

As you may know one of my key priorities as a Senator would be to increase the supply of quality and affordable housing (www.kieranrose.ie). I set out some solutions in an article in the Irish Examiner including a much more effective vacant land levy, and that the Competition and Consumer Protection Commission should carry out an investigation into the development land market and the construction industry to see if there is evidence of monopolistic practices. (Link:)

I am clear that there needs to major reforms of our building regulations system. Dr Lorcan Sirr wrote very well on these issues recently on your Blog:

“Irish consumers have suffered long enough from poor consumer comeback from cheap and sometimes dangerous building methods. They deserve better. But relying on an expensive paper trail of even more self-certification is not the way to ensure high-quality building into the future.”

This problem of consumers interests and indeed the public interest being ignored was evidenced recently in relation to apartment standards. As you know the Department of Environment, without any public consultation, severely reduced the minimum sizes of apartments and directed Cork and Dublin to comply. What was particularly striking about this was that there was no statutory or advocacy group representing the needs of the consumer/future residents of apartments. The state’s Housing Agency bizarrely lobbied for a reduction in apartment quality standards. I decided that I had to speak out publicly and criticise the reduction in apartment standards and also reveal that the Department of Environment had tried to silence me (see LINK:)

There is a great need for a strong voice to represent the interests of the consumer in relation to housing and as a Senator I would have that platform. I have a successful track record over many years of devising effective strategies for social progress in areas such as equality and human rights and also areas of housing and planning.

As Senator I will use that expertise, experience and strategic nous to achieve practical progress in areas such as building regulation. As Senator I would also rely on your expertise, advice and support in how to move forward.

I am speaking at The National Construction Summit on housing and I can raise these issues there.