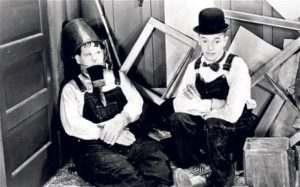 Legacy issues with poor building standards were highlighted earlier this week in a TV3 special “Firetrap Homes” by journalist Mick Clifford and producer Lydia Murphy (see here). In England building sites are inspected by the Local Council but in recent years owners have the option to employ a private inspector instead. Problems with these private companies were brought up last week at a House of Commons debate (11 May 2016) . It appears that private Building Control Inspectors (called Approved Inspectors, a similar role to an Assigned Certifier) are regulated by their own industry body and not the local authorities and “not one of them has ever been struck off regarding the quality or professionalism of their work”

“I shall relate an example of how the existing building regulations system failed properly to monitor a builder to such an extent that it put at risk the health of homeowners. In my constituency there is a row of houses that was built between 2007 and 2011. A couple of years ago I received a complaint from one of the residents, who alleged that his drinking water had been contaminated with sewage. When I investigated, I discovered that the local water company had no knowledge whatever of the houses, which were a later addition to a larger development where no problems had been recorded.

It turned out that the drinking water supply to the houses was linked to another house in the original development, and that house was supplied by the water company. The builder paid the very large bills run up by the house, which he apparently owned, and in turn billed the new houses, none of which had a water meter. In addition, the builder had installed in the road a waste pumping station that was serviced by a fish-pond pump that regularly broke down, resulting in blockages. On at least one occasion, when the tank was full the builder was seen pumping the sewage out on to the railway line next to the development.

During my investigation, I also discovered several other building defects in some of the homes, including dangerous gas pipework that had been installed by the builder without contacting a gas supplier. I immediately raised the matter with my local authority, Swale Borough Council, which explained that the building regulation inspections had been undertaken not by the council but by a private building services company. The council insisted that it had no authority or responsibility to monitor inspection work undertaken by a private company.

When I contacted the private building services company, it was very helpful. The company insisted that its inspections were in accordance with the building control performance standards. The guidance requires an approved inspector to determine a risk-based inspection regime, but accepts that it is not practicable to inspect all items of work relating to the building regulations.

At first, I could not believe that that was the case. However, it was confirmed to me by a Minister.

Allowing builders to police themselves is probably fine in theory, particularly when we are talking about responsible builders, but it is certainly not satisfactory in practice when dealing with people like this particular builder—to call him a cowboy would be to insult Roy Rogers and the Lone Ranger”.

Gordon Henderson concludes: “The truth is that the system is simply not working, not least because those charged with regulating building work (the private inspectors) are not themselves regulated. The time has come to undertake a review of how the building regs are monitored and enforced. My own preference is for local authorities to be given the ultimate responsibility for taking enforcement action against builders who do not comply with regulations AND the approved inspectors who are supposed to ensure they are compliant”

The Member of Parliament concludes by saying that the single case referred to in this instance is not at all representative of the system and that the performance of independent inspection was no worse than the local authority inspectors.

UK and Ireland: Take a quick drive to Newry with BReg Blog…