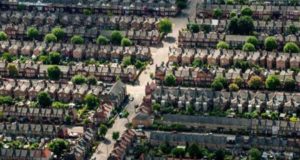 Committee chair John Curran from Fianna Fáil described it as “evidence-based” and he “sincerely hoped” it would be central to Mr Coveney’s considerations in drawing up Government strategy to tackle what many members called the “housing emergency”.  A key recommendation is the funding of 10,000 social houses a year over the next five years with a capital cost about €1.8 billion a year.

Key issues for private housing are listed in section 3 (p46).

The Housing Committee Section of the Report on Private Housing had 11 Recommendations, and No 7 is:

Northern Ireland has a 100% independent Local Authority Building Control inspection system with just 40 full-time state inspectors which is self-funded. Why not roll-out self-funded system in Ireland based on this model?

Recommendation no 7 could have immediate massive cost savings. In November 2015 former President of Royal Institute of the Architects of Ireland (RIAI) Robin Mandal noted the hours needed to administer main certifier roles under building control administrative procedures (BCAR SI.9) introduced in 2014  “If you think of 25,000 houses a year, 109 [man hours] that’s two, nearly three million man hours’ for a normal functioning housing sector of 25,000 houses (see here). This suggests that the cost for twice this number, 50,000 houses, will be over €500m for the social housing programme alone. In contrast, the total number of inspectors needed for the entire construction sector would be €15m per annum, a significant saving to the consumer, taxpayer and industry.

To put these numbers in context, 6 million ‘man hours’ to administer BCAR for 50,000 houses will require 3,750 professionals. The UK has the same number of building control staff despite having a construction output of 16 times that of Ireland.