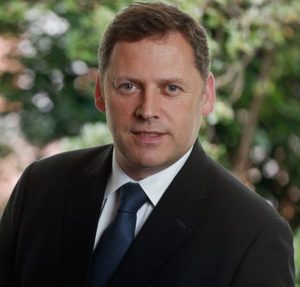 “To ask the Minister for Environment, Community and Local Government to provide a list of all analysis or reports undertaken by his Department or a body under its aegis since 2012 which have sought to audit construction costs in the residential and commercial construction industry, including the name of the report with a short description of the nature of the analysis undertaken and whether the report has been published.”

Damien English TD, Minister for Housing: While costs are examined in the context of the delivery of social housing and in proposing amendments to the regulatory environment, my Department has no role in relation to the audit of construction costs in the commercial sector.

Bregs Blog: Remarkably, there is no independent Government research into construction costs. From a Department of the Environment report issued last December, it would appear that Government accepted claims by the Construction Industry Federation that €20,000 could be saved by changing planning standards for multi-unit developments (see report Here p 12-13). The rules were changed, mandatory lower standards introduced but this has not resulted increased supply or lowered costs. The Central Statistics Office (CSO) confirmed in Q1 2016 that planning permissions for apartments are down 20% on same period last year, one of the lowest on record (see CSO link here).

In relation to residential development, in the context of social housing provision, my Department undertakes analysis in respect of the average costs associated with the delivery of a range of differently sized social housing units, both in terms of construction costs and ‘all-in’ costs.

Bregs Blog: These costs are based on an analysis of returned data from Local Authorities on social housing schemes. Last year was the lowest output of Local Authority housing on record with just 75 homes built nationwide, and any analysis based on a very small sample procured through the very onerous Government systems will not be representative or useful (see Here).

Nevertheless, information on the average cost of current social housing developments of various sizes is preliminary at this stage and will be better informed when a greater number of projects have completed the tendering stage over the months ahead.

Bregs Blog: Many in the industry have said that there needs to be a root and branch review of procurement. State building projects take +140 weeks to get from grant of planning permission to commencement on site and via four government agencies. Waiting to discover costs at the end, as in the recent case of ‘rapid’ build prefab housing in Poppintree where only one tender was received, does not serve those most in need and does not make most use of State resources (see Here). If it is more expensive to build than to buy, then advance planning would suggest that Government should undertake large scale purchase of existing building stock now, when the economics make sense.

My Department has also input into work led by the Department of Finance in relation to construction costs which was undertaken under the Construction 2020 Strategy.

Bregs Blog: It would appear that more ‘joined-up’ thinking and proper co-ordination is required between various government departments. The Department of Finance make the rules not the New Minister for Housing.

In general terms, the cost of delivering housing is largely dependent on the type, size and geographic location of the development concerned, the availability of services, access to infrastructure and on the contractual arrangements leading to its construction. Against this background, construction costs can vary greatly across the country which gives rise to difficulties in developing more accurate costings for the various house types in the absence of site-specific and evidence based information.

In terms of the regulatory environment, since 2012, amendments have been made to Parts A (Structure), D (Materials and Workmanship), J (Heat Producing Appliances), K (Stairways, Ladders, Ramps and Guards) and E (Sound) of the Building Regulations 1997. Each of these amendments was accompanied by a Regulatory Impact Assessment which examined, among other things, the incremental impact on the costs on construction that would arise from the new regulatory requirements proposed therein.

Bregs Blog: There are costings already available on the Department website in each of the Regulatory Impact Assessments undertaken for amendments made for Parts A, D, J, K and E since 2012.

Bregs Blog: The most significant changes were mare in 2014 and 2015 by former Ministers Phil Hogan and Alan Kelly (BCAR SI.9). Remarkably they did not undertake a Regulatory Impact Assessment for these Building Control system changes and this came as a big surprise to the industry (see Here). Costs associated with this new system were so significant, leading to a 60% fall-off in once-off commencements in the first 12 months after implementation. A Ministerial Review was undertaken into costs which resulted in all once-off houses and residential extensions being made exempt in September 2015 just 18 months following introduction of BCAR (see Here). Despite the continued negative effects of BC(A)R SI.9 on the industry there are no plans to address this by the Minister and undertake a similar review into the multi-unit sector. The Oireachtas Committee on Housing and Homelessness has recommended a pilot scheme for a considerably more cost-effective system that could reduce red-tape, costs and delays (see Here).

Bregs Blog: Costings by the Department of the Environment were rejected by the professional stakeholder bodies as they underestimated the amount of work involved, time taken and had unrealistic views salaries in the sector: fees suggested did not provide a “living wage” for professionals (see Here).

In accordance with the Programme for a Partnership Government, my Department is preparing an Action Plan for Housing with a view to identifying any reasonable and appropriate measures that may be taken in the interests of reducing construction overheads in order to facilitate an increased level of housing output into the future and a broader review of the costs of construction may be considered in this regard.

Bregs Blog: This is to be welcomed.

FACTCHECK 1: “If my house is defective, Do I have any rights?”