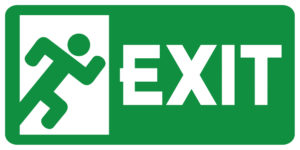 The BRegs Blog is curious to learn if there are any particular financial, legal or tax merits in using offshore companies as Assigned Certifiers following a Public Procurement notice published in Building Info on 4th July 2016 (Link here:).

The whole system of Public Procurement in Ireland comes in for a lot of criticism, and the construction sector will be the front line in delivering housing. There are concerns about a ‘race to the bottom’ on fees, expensive bureaucracy and the lack of training for those doing the procuring (<25% are trained). The issue of sustainability in relation to sourcing local suppliers has not yet been addressed in terms of awarding criteria but it is one that many feel should be a major consideration.

The aforementioned Notice of a Contract award received a lot of comment on Social Media due to the geographical spread of the project team. A € 9.7m contract has been awarded for a 900-pupil Secondary School Project in Co. Wexford. Not one of the seven design team members listed was located in Co. Wexford. The project applicant is part of the Inspired Spaces Consortium, the preferred tenderer for the provision of five new schools that have been included in Schools PPP Bundle 5 of the Department of Education and Skills Public Private Partnership (PPP) programme. These projects are being funded by the National Development Finance Agency (NDFA), part of the National Treasury Management Agency (NTMA).

What was of particular interest to the BRegs Blog in the consultant line up, was the listing of an Assigned Certifier based on the island of Jersey in the Channel islands. This is the first case it has come across of an upfront offshore certifier as opposed to certifiers who go offshore after certifying.

Assigned Certifier is a new role required by law since 2014 to inspect and certify building works, as a reaction to Priory Hall failings. The Assigned Certifier is the one-stop-shop for signing-off construction projects and could be personally held liable for future problems (see links below).

Is this a new trend and what are the advantages/disadvantages for building owners?

WHO CAN BE CERTIFIER?

ARE THERE ENOUGH CERTIFIERS?

“THE ARCHITECT WHO SIGNED OFF LONGBOAT QUAY IS IN GHANA”

HOW DEVELOPERS ARE ADAPTING TO BUILDING CONTROL REGULATIONS