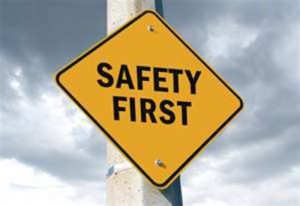 In the case of one school, Minister Ring was reported in The Mayo News as saying that: “professional people were working on it and signed off on it, and now we want to know who they were and how this happened? The taxpayer paid for this project and they cannot be asked to pay for it again.” (see Mayo News here)

In reply in the Dail question, Minister Bruton said that:

“…it appears that the issues arising relate to the original building project. As such, any defects are a matter for the school, its Design Team and the main contractor. The school, as the client party to the contract involved, must pursue these entities and or their insurances as necessary to remedy them.” (see Dáil statements here),

This is clear. It’s not the responsibility of the Department of Education. Where defects occur in a school building the Board of Management should pursue the designers and builders through legal action.

Only last year, the Department of Education confirmed that officials audit a percentage of projects but that in the case of schools “these audits do not include extensive or invasive investigation of building fabric and construction” as “fire safety inspections of completed buildings are normally a matter for the local authority.” (see Irish Examiner here)

At that time, however the then Minister Jan O’Sullivan TD said: “The Department is currently arranging fire safety assessments of five other schools constructed in 2008 to determine if there are any issues of concern. Without preempting the outcome of those assessments, I can assure the Deputy that funding will be available to deal with any fire safety issues which might arise.” (see here)

Earlier this year, teachers union TUI called for a national audit of fire safety in schools after revelations in the Irish Examiner last October that more than 200 primary students in Dublin were attending a school for six years before it was discovered it was a serious fire hazard. (Irish Examiner report here)

Schools defects and building failures have been in the media both here and in the UK. In Edinburgh two PPP schools suffered partial wall collapses and 17 schools build by the same contractor were immediately evacuated pending audit (see here). In Lusk, Co Dublin serious defects in a ‘rapid’ constructed modular school were detected following on from an Architect’s audit of fire safety commissioned by the school in 2014. Subsequently in 2015, €800,000 was spent by the state on remediating defects. Following public pressure an audit of 6 schools (completed by the Irish contractor) was undertaken in 2015. The Irish case is in marked contrast to the UK example, pupils still in attendance at all schools subject to ongoing audit for over a year, the report has yet to be published.

In the UK buildings were evacuated immediately in the interests of childrens safety and an immediate audit was called, while in Ireland pupils continue to attend schools of questionable build quality years after defects emerge. The recent Mayo case seems to be the first where a decision was made to shut the school.

Over one year later we are still waiting on this state report into the safety of these ‘RAPID’ build schools.

2 thoughts on “Defective schools | Are our children safe?”