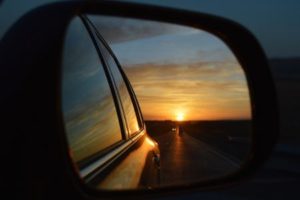 In the article “Here’s How to Avoid Another Longboat Quay” by Willy Simon, Dublin Inquirer 11th November 2015, previous failures of our “self-certification” building control system are explored and the question asked is are we now any better off under the costly new system of “reinforced self-certification” BC(A)R SI.9? For full article click here.  Extract:

“Why is it that when you pull the skin off so many of these shiny boom-time apartment buildings, they turn out to have rotten cores?

A lot of experts think it’s the fault of a lax regulatory system of “self-inspection” that was in place from 1990 and 2014. And that the system might not be fixed yet.

In March of 2014, an amendment to the law was made to ensure “reinforced self-inspection”, but some local architects argue the new system doesn’t lead to better buildings, just many more hours spent compiling complex paper trails and making sure there is someone to sue if things go wrong.

In 1990, the Building Control Act replaced the old system of mandatory building inspections by local authorities, and introduced the system of “self-inspection”. That new system lasted until March 2014.

During that period, says Deirdre Ní Fhloinn, a PhD student at Trinity College Dublin’s School of Law, who specialises in legal remedies for defective housing, “the practice was that an architect or engineer would give an opinion saying, ‘In my view the development substantially complies with the building regulations.’”

To say that the building substantially matched the drawings submitted when the development was given planning permission, though, the professional was not required to have been involved in the development throughout the construction process. This meant she or he could easily miss defects inside the walls.

Also, the professional giving their opinion on compliance was an employee of the developer, which could make it awkward to say that the building was crap and construction needed to stop until certain problems were fixed.

“The problem in Ireland, which is almost unique is that there is no person who isn’t connected to the developer, looking at the project making sure it is being built right,” says Sandycove-based architect Maoilíosa Reynolds.

The new rules were introduced in March of last year “to ensure that we never had another Priory Hall or poorly built housing estates around the country again”, according to a Ministry of the Environment press release…Is this system any better? …

[Reynolds]...“The system essentially is still the same except there’s an awful lot more red tape.”…there is still no external, independent inspector coming to the site with real regulatory teeth. The assigned certifier still can be an employee of the developer, and still doesn’t have much power…

The price of change

Assembling the complex paper trail required by the new regulation takes a lot of time…Former Minister for the Environment Phil Hogan suggested that the cost of complying with the new regulation, SI.9, would amount to somewhere between €1,000 and €3,000 per house. But others put the number at more than ten times that.

Properly inspecting a house takes about 109 hours, said Robin Mandal, president of the Royal Institute of the Architects of Ireland, last month on RTE Radio’s This Week…complying with SI.9 can cost closer to €22,000 or even 40,000 for a one-off house.

Whoever you choose to believe, the price of getting your building inspected across the border in Northern Ireland is only a fraction the price: £175, which works out to about €247 at today’s exchange rate….

In April of this year, Minister for the Environment, Community and Local Government Alan Kelly launched a review of SI.9. He publicly cast rogue architects as the villains causing the problems.

By summer, the government had decided to to amend the regulation. What he came up with wasn’t a cheaper version, but exemptions….At the time, Minister Coffey said homeowners, “will no longer be held to ransom by excessive quotes for design and completion certificates.”

What About Independent Inspectors?

The best way to make our building-inspection system work properly is clear, according to Clare Daly.

“Independent oversight and inspection of building works takes place in Britain, in Northern Ireland, in Germany and France, why not in Ireland?” she asks. “This is the only way in which to stop what happened before, happening again.”

“The difficulty with the building-control amendment as it is at the moment is that it doesn’t resolve the problem,” says Peter Stafford, director of Property Industry Ireland.

“It isn’t preventing the bad thing from happening, it’s simply adding a lot of cost and a lot of delay and also big responsibility on the shoulders of the architect who isn’t necessarily the best person to do the work,” says Stafford…

At the moment, there are about 70 building-control officers in Ireland. Although they haven’t been required by law to inspect construction since 1990, they still aim to visit 12-15 percent of sites a year.

Architect Maoilíosa Reynolds thinks Ireland would need about 170 more building inspectors to visit all Irish building sites. Based on the average salary of the existing  building inspectors in Ireland Reynolds estimates that the cost of hiring these additional inspectors, would be just under €15 million a year.

At first, €15 million sounds like a lot, but keep in mind that the cost of building inspection will be cheaper. So if you’re building a house, you’ll pay less, and if you’re buying a house, you may also pay less since developers usually pass extra costs down to the consumer .

And the next Priory Hall would likely be shut down during the construction phase until the developer fixed the problem. Reynolds points out that Dublin City Council is spending about €27 million to refurbish Priory Hall.

We are not the first to suggest a system of independent inspection would be better.

When Phil Hogan was still Minister for the Environment, and Clare Daly tried to pin him down on why we don’t have a system of independent inspections by government inspectors, he didn’t have much of an answer. In a long-winded way, he just kind of said, we don’t have them because we don’t have them.”[emphasis by Bregs Blog]

2 thoughts on “Here’s How to Avoid Another Longboat Quay: Dublin Inquirer | Look Back 15”