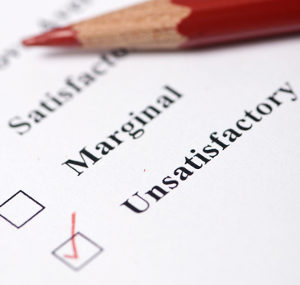 Minister Damien English spoke to Westmeath County Council yesterday (19th September) saying that recent Government  “…measures taken to reduce input costs have decreased the cost of building new residential units by between €20,000 and €40,000, depending on whether apartments or houses are being constructed” (see address here).  No evidence was provided and he listed savings across six headings [BRegs commentary]:

There are no reforms aimed at tackling the regulatory burden and red-tape additional costs to housing delivery.

In “Eroding planning powers leaves us at the mercy of the market” Sunday Times 18 September 2016, Lorcan Sirr explores the ‘anecdotal’ basis for recent DHPCLG ‘initiatives’ as a contributory factor in the housing supply crisis. Inappropriate minimum apartment standards, a mis-directed review of An Bord Pleanala along with further removal of public input into planning process by diverting larger residential applications directly to the Bord all come under fire.

Sirr suggests “The time and money could have been better spent reviewing the continued self-certification of building, and introducing better consumer protection for buyers of new houses and apartments.” See full article Here.

In “The pitfalls of wooing the first-time buyer” 18 September 2016, Ronan Lyons analyses proposed budgetary measures aimed at stimulating the ‘first-time buyers” market for new homes. Lyons has previously been critical of high construction costs in Ireland and in particular cost of our ineffective system of ‘self-certification’ Building Control which is adding over €25,000 to the cost of a typical apartment (see here).

Lyons says “If building homes is too expensive relative to the real economy, then those costs need to be lowered. A tax rebate takes the pressure off the development community to find ways of building the same quality for less money. The burden of proof is on those in favour”. See full article Here.

It appears that the Department are ignoring areas which could deliver significant construction cost savings on the one hand, for example reform of our defective self-certification system of Building Control, while re-introducing pro-cyclical measures aimed at private developers that will cause price inflation and re-ignite the destructive boom-bust cycle all over again.

Is apartment building viable in Dublin in 2016? | BRegsForum

Building regulations are in a terrible state, but I have a solution | Dr. Lorcan Sirr