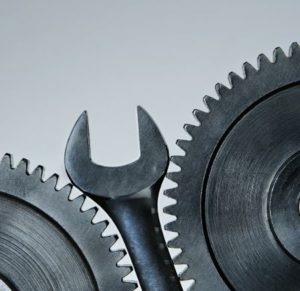 Q. I’ve just received mortgage approval to build a new house on my father’s farm. I hope to get married next year; this will be my family home. My preferred mortgage provider is stipulating that I must appoint an assigned certifier (AC). I understood that the Government had done away with this requirement for one-off houses. I am very disappointed with this as I want to finish the house and also save money for my wedding.

Would I be better off to choose an alternative provider, as I can save money by registering myself as the builder, and then opt out of the AC appointment? I want to build the house by direct labour.

BRegs Blog ‘FACTCHECK’ Team have looked at the response by Noel Larkin chartered building surveyor and member of the Society of Chartered Surveyors Ireland response [Bregs Blog Notes in Bold]:

A. The statutory requirement to appoint an AC under the Building Control Amendment Regulations (BCAR) was relaxed in September 2015 in SI.365. This applies to one off-houses and to extensions up to 40sq m. However, some lending institutions are insisting that an AC be appointed to oversee the work.

It is frustrating, as money saved on fees could be spent on finishing the house or contributing towards the cost of your wedding. Still, you should try to rationalise why the bank is insistent on the appointment of an AC.

BRegs Blog: Good question- SI.365 was introduced specifically to remove the cost burden of paperwork associated with SI.9 introduced in March 2014 (see DECLG Information Note SI.365).  SI.365 was introduced by former Minister Paudie Coffey just last year in response to a 60% fall in once-off commencements and self-builds in 12 months due to the cost of BCAR SI.9 (see link here).

The construction of a house without any form of oversight can lead to a situation where the finished structure may not comply with building regulations. This will have an effect on title and, in turn, on market value. Clearly this is a situation that lending institutions will try to avoid.

BRegs Blog: Most lending institutions already insist that an Architect, Architectural Technologist or suitably qualified professional inspect a property under construction and issue interim certificates for payment along with completion documentation. These requirements are already in place and preclude owners from drawing down loans without the involvement of a suitable qualified building professional.  Self-builders have been asking for an affordable Local Authority inspection scheme which would be considerably cheaper than BCAR and allow phased completion of dwellings.

It appears reasonable for you to rely on those with traditional building skills and knowledge to construct your house. However, based on my experience, there will undoubtedly be issues of noncompliance in a “non-BCAR” house.

BRegs Blog: Most of the problems with bulding defects have been in developer-built homes, not self-build.  Many self-builders say they are less likely to cut corners in a house they will be living in.  There is general agreement that defects in buildings will continue under BCAR procedures because it is an expensive paper trail for owners to follow once defects appear.  No additional consumer protections are in place, there is no requirement for independent inspections and owners still face years of court action with no guarantee of success if defects appear.

Add to this the fact that structural members may not be designed by an engineer and you will see why banks feel the “opt out” route introduces risk.

BRegs Blog: There is little evidence of structural failures in self-build, other than recent cases of defective materials.  It is highly unlikey any qualified professional would involve themselves in a project without suitable structural input, as required.

The appointment of an AC who is an expert in building regulations provides the comfort of oversight. Errors can be identified early and corrective action taken.

BRegs Blog: The Assigned Certifier (AC) has no contractual role and no powers on site in order to ensure corrective action.  In fact, a contractor is not obliged to allow an Assigned Certifier on site.  As the AC is a client appointment, undue influence can be brought to bear on the person undertaking the role.  If an AC does not sign off on work in a manner desired by an owner they can be dismissed, similar to any other employee or consultant, and another engaged to sign off if needed.  The system is privatised self-certification, the same as before with more expensive paperwork.

You may not, at this stage, be overly concerned with market value, but circumstances change and it is not unusual for a “one-off” house to eventually come to the market. The fact that a house has had an AC appointed will reduce risk and add to its value. The potential reduction in market value in a non-BCAR house may exceed the initial cost of making the appointment.

BRegs Blog: There is no guarantee that Certifier will still be around or the Certification Co. Ltd will not have been wound up (as in Longboat Quay), or that appropriate insurance cover will have been maintained at the time when a claim is being made.  Lenders who think the current BCAR system is any different from the self-certification system that has been in operation since 1990’s has been badly misinformed.  There is no guarantee of any more oversight and there is no ‘guarantee’ under this system.

Building regs deal primarily with life safety, and it is important that they be followed. I believe, therefore, that the benefits in quality and risk removal associated with the appointment of an AC should not be signed away lightly.

BRegs Blog: Out of the 1.9m houses in ireland fewer than 15,000 units have been completed under BCAR SI.9 and the majority of property transactions are carried out under more traditional ‘Opinions on compliance’ as has operated since the introduction of our current system of self-certification building control in 1990.

It may seem reasonable to rely on those with traditional building skills and knowledge to construct your house. However, there will undoubtedly be issues of noncompliance in a “non-BCAR” house.

BRegs Blog: Many Industry experts and prospective homeowners suspect that the insistence by some lending institutions on BCAR for once-off exempt projects was as a result of inappropriate lobbying by industry vested interests and simply put, ‘scare-mongering’ (see post). The BCAR system secures fees for certain professionals and ruling out self-builders means more work for house developers.  Some self-builders have gone so far to suggest that BCAR SI.9 has created a state-sponsored monopoly, one that excludes owners from managing projects and limits the supply of new house building.  In the meantime self-builders have consistently called for an independent and affordable system of building inspection which would reduce costs and offer reasonable reassurance right across the house bulding sector.

FACTCHECK 1: “If my house is defective, Do I have any rights?”