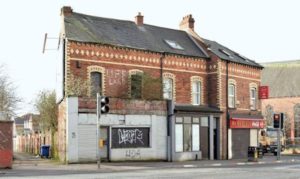 In May 2016 the Housing Agency submitted an informative report to the Oireachtas  Housing and Homelessness Committee, an overview of vacant housing in Ireland and possible actions. The report said:

“There are 230,056 unoccupied residential properties (excluding holiday homes) across the state (Census 2011); almost three-quarters (73%) are houses and the remainder are flats / apartments (27%)…There are 7,995 vacant houses and 16,321 vacant apartments in Dublin city centre. Similarly, in areas of Cork and Galway city the vacancy rate is in excess of 25% of the total housing stock. There are just over 50,000 vacant homes in Cork, Dublin and Galway cities and suburbs combined” (See full report Here)

Dublin with an acute housing need, has a vacancy rate of 8.2% at present: studies in the UK suggest a 2.5% vacancy rate would be a ‘natural level’ of vacancy.  A number of policy interventions were suggested.

One area not highlighted in the housing agency document is the significant regulatory barriers that exist to SME projects and smaller residential change of use/ vacant building projects at present.  This is not a planning delay issue and recently announced changes will do nothing to address this problem (see previous post Here).

Complying with antiquated official rules and applying for multiple paper-based permits cost citizens and enterprises a lot of time and money. To reduce the regulatory burden, the government should look to abolishing or simplify rules and improving its electronic services. Lk Shields “Red Tape Survey 2015” noted that 1 in 3 Irish businesses say the administrative burden of red tape is an obstacle to recruitment, growth and innovation (see here).

Sluggish residential output has been compounded by complex and ineffective building regulation procedures BCAR SI.9 introduced in 2014 aimed at the speculative residential sector that now apply to all building types.

“…a private householder might have to bring a 500 sq. foot house extension through 27 statutory steps before occupying it; or, that an FDI project takes 38 steps likewise?”

That is an extract off a paper by two RIAI Past Presidents, Michael Collins and Eoin O’Cofaigh, which proposed a workable alternative system of independent building control inspections in October 2014.  In this paper the extent of current legislation and regulation that currently applies to construction is catalogued.  Consolidated Senior Council opinions suggest that five separate eminent Senior Counsels are unable to agree on a common interpretation of Building Control (Amendment) Regulations S.I.9 introduced in 2014, given the complexity of the current legislation.

Simply put, the answer to a problem where there was inadequate enforcement is not more regulation, it’s more enforcement. “More paper does not make better buildings“.

This paper is a shortened version of a paper  given at the RIAI “Better Systems” Workshop, 22 May 2014

Since the Local Government Planning and Development) Act 1963 came into force, statutory control of building design and construction has progressively intensified and become more complex. What started as one Act and one Statutory Instrument (280 pages) has grown into legislation on:-

At this time there are perhaps 13 separate Acts and 110 Statutory Instruments in force which regulate construction design and realization (footnote 1). These originate in four government departments who communicate little on these issues. These are staggering figures. Nowhere can this legislation be found grouped in one place. Nobody, especially not the legislator, has a grasp of the entire. But the problem devolves on the architect, who has to implement the legislation and protect their clients.

“If we were designing a system, we wouldn’t design it the way it’s turned out!” is wrong. There is no system.

Buildings have become more complex and some projects have grown larger. The legislation must respond. However, legislation impacts on the smallest, simplest job. The problem has been growing for 50 years. Controversies over BC(A)R are only its most severe manifestation to date.

The impact of ever-more complex legislation on Ireland’s international competitiveness is increasingly clear. Recent UK policy on lowering corporate taxation is now being paralleled by British Government decisions to simplify their planning and building law.

From the largest, most complex project to the smallest and simplest, Irish regulation of building design and construction is in increasingly urgent need of radical overhaul.

The difficulties in implementing the 2014 building control regulations (S.I.9) are already manifesting themselves on lowered Commencement Notice numbers. The poor international rating of the efficiency of the regulatory system (reference: World Bank reports), together with the expectation that amendments to the Building Control and Planning Acts will be proposed in the near future, and the BCR review promised by the Minister for the Environment, Community and Local Government, all taken together, both demonstrate the need and the opportunity to review the entire.

Such a review, with independent inspection of building design and construction, could streamline the entire process to the advantage of the State and industry; give the house buyer better protection; solve the self-builder conundrum; and promote construction sector growth and employment from the shopping unit fit-out (now made practically speaking, impossible) to the FDI project. A system of independent inspection under building regulations should form part of a simplified system. Think if architects and engineers were helped to understand the planning regulations! Given the 50 statutory instruments currently in force, this is more easily said than done…

There will be many allies in this process. These include:-

Representative organizations for self-builders, architectural technologists and others currently excluded from the S.I. 9 self-certification process; and more.

2 IRELAND: MAY 2014: LEGISLATIVE GATEWAYS TO A NEW BUILDING

The building owner must take or cause to have taken on his behalf, the following steps to realize a project. The few of the following steps which are not statutory are marked * but are in reality unavoidable in the “system” as it has evolved in Ireland. Other building types have their own sets of requirements.

Which is worse? That a private householder might have to bring a 500 sq foot house extension must through 27 statutory steps occupying it; or, that an FDI project takes 38 steps likewise? Whether for social or for economic reasons, the mass of legislation urgently needs overhaul and simplification.

Simplification should not be about lowering standards. It’s about better understanding what’s needed, and about spending less time and intellectual energy to deliver it.

With building control and building regulations. These present the most acute difficulties, and the Minister for the Environment has promised a review. Several groups (“self-builders” and architectural technologists) have been affected gravely by the BC(A)R 2014. More importantly, it is now emerging that the slow-down in construction Commencement Notices is being caused by the BC(A)R process. A review is needed urgently. With cooperation all round, this can turn into a “win-win” for Minister, consumer, FDI, SMEs and the construction sector alike.

The opportunity presented by the need for consideration of a revised set of Building Control (Amendment) Regulations to replace S.I. 9 of 2014 should be grasped, and a case now made for a comprehensive set of measures to deliver a more effective and streamlined building control system, coordinated where possible with other legislation that regulates the industry.

4 The case to be put

5 Principles which should underlie such a system

1. In 2000 and 2001, after three years’ solid work, the then Minister for the Environment, Noel Dempsey TD, secured a consolidated and updated Planning and Development Act and Regulations. That was a huge and worthwhile undertaking.

Since then, there have been 3 further Planning Acts and 56 sets of Planning Regulations.

Architect’s Overview of Regulations for a Dwelling