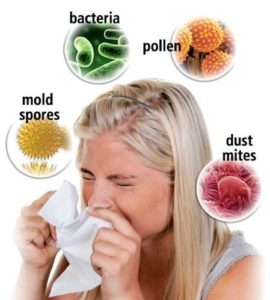 The implications of increased thermal performance, airtightness in dwellings and the consequent dangers of poor ventilation due to inadequate design input are the subject of much discussion at present. The following article from the UK Architects Journal outlines some of the challenges facing designers.  The comments section links to an article on the same topic by Irish author Kate de Selincourt in Passsive House+ magazine (see PH+ article here).  The BRegs Blog thought the title of the AJ article was a TYPO little misleading, so we have inserted a more appropriate header:

Throughout the past year a slew of reports has been published that raise serious questions about the safety of new-build homes. Increasingly stringent building regulations aimed at reducing carbon emissions are resulting in new houses that are ever more airtight. While this helps reduce fuel consumption, the burden is on architects to ensure that occupants of new homes can breathe clean and fresh air. Recent evidence suggests that the construction industry, designers included, is failing to meet this challenge.

‘If things have gone seriously wrong with ventilation, then it can kill’

Even more dangerously, dirty air can lead to the incomplete combustion of carbon fuels in appliances such as gas boilers, warns Harrison. A resulting increase in carbon monoxide levels can have serious effects on the human nervous system and even lead to death. ‘If things have gone seriously wrong with ventilation, then it can kill,’ he says.

A new, as yet unpublished, study for the Department for Communities and Local Government (DCLG), carried out by engineering consultancy AECOM with building performance firm Fourwalls, starkly demonstrates the issue. Last winter, it monitored 55 airtight homes using either natural ventilation or decentralised mechanical extract ventilation systems to discover whether they met minimum ventilation provisions set out in Approved Document F (ADF) – Means of Ventilation under 2010 revisions to the Building Regulations.

The study found that, of the 55 homes visited, only two fully met the guidance. The majority of cases where pollutant levels were poorer than ADF recommendations used mechanical systems, with most of these delivering less than half of the recommended air extraction rates outlined in the guidance. The DCLG will consider the report before deciding whether it needs to change the regulations.

In March, one of the last reports published by the disbanded Zero Carbon Hub revealed serious problems with the installation of mechanical ventilation systems. Not one of the six sites its research team visited delivered systems that met minimum standards.

How much responsibility must architects take for these problems?

But how much responsibility must architects take for these problems, and what can be done to improve the potential threat to human health?

James Pickard, director at Cartwright Pickard Architects, questions whether architects are taking seriously enough the impact of their designs on the comfort and health of occupiers.

Last year, Cartwright Pickard and the Mackintosh Environmental Architecture Research Unit produced another study showing that improved energy efficiency in our homes may be having unintended consequences for occupants’ health (AJ 07.08.15).

‘How many could genuinely say, with hand on heart, that they have any interest in ventilation?’ he says. ‘The highest accolades in the profession often go to buildings that have been proved to have problems. As long as they look good and get on the cover of a magazine, we don’t care about how they work.’

Architect Lynne Sullivan, chair of the RIBA’s sustainable futures group, blames a disconnect between concept and detailed design stages. ‘Sometimes the architect hasn’t thought about or been told by the client what sort of ventilation system should be used,’ she says. ‘To design a ventilation system properly requires careful integration with the spatial design and the way the system weaves through the house. We need to do these things at the right time otherwise we, as architects, are complicit in any failure.’

Tom Dollard, head of sustainable design at Pollard Thomas Edwards, says the amount of responsibility that should be taken by an architect depends on the size of the project. ‘For small extensions and one-off house projects the architect won’t have a mechanical and engineering (M&E) consultant,’ he says. ‘They won’t be designing the system in detail but are coordinating it and need to understand it. If not, they won’t only get into trouble from a performance point of view but also in terms of the aesthetics of where the fans come out of the walls.’

For bigger projects, he says, architects need to get better at co-ordinating with the

M&E consultant. ‘Sometimes we issue our drawings, they do theirs and that doesn’t get co-ordinated back as well as it should do,’ he says. ‘Or their designs might not work – they might not know there is a structural column in the way, for example. Architects need to realise this is a problem and speak to the relevant specialists to work with them.’

Fourwalls director Ian Mawditt says the Building Regulations intended to guide the design of new homes are failing to encourage this type of thinking. Ventilation is included as part of the Standard Assessment Procedure (SAP) used to measure and compare the energy and environmental performance of homes. But, says Mawditt, ‘SAP is not intended as a design tool. A developer will essentially select a ventilation strategy to help with carbon compliance rather than ventilation.’

The Zero Carbon Hub report also found it ‘unlikely’ that systems failing to meet building standards would ever be discovered by building control officers. Its research team ‘found examples of commissioning testing procedures and checks not being properly carried out and commissioning sheets not being scrutinised, with no comeback’.

Adequate inspection of completed ventilation systems is all the more vital because it is often difficult for occupiers to realise they have a problem, says Mark Siddall, principal architect at Durham-based low energy practice LEAP.

‘As a homeowner, you are not properly equipped to identify what is going on,’ he says. ‘You might have seen reduced bills due to better insulation, but you don’t always know there is a problem with the air quality because it is not something you can see.’

In other cases, occupants only pick up on issues because of the noise made by fans working overtime to combat low air-flow rates. The Zero Carbon Hub report found that nearly all of the 13 occupants interviewed by its team had turned off their mechanical ventilation systems because they were too loud, especially at night – defeating their object. ‘The higher the resistance, the harder the fans have to work and the more noise occurs,’ Farr says.

Problems with ventilation systems can also be caused by a fragmentation in responsibilities, argues Mawditt. ‘A heating engineer might be responsible for designing the system and connecting pipes to the boiler, but a plumber will install the pipes and an electrician might connect the boiler. Nobody has overall responsibility,’ he says.

This division of labour is more likely to cause issues in the UK because of the reduced role of the architect in signing off projects, says Siddall. ‘In the US, Germany and other countries, the designer holds a lot more liability, so if installation is inadequate, it is their responsibility,’ he says. ‘In the UK there is a process of palming off responsibility; developers tend to say: “Oh well, building control will look at that.”’

Even where systems are designed well, cost-cutting can lead to short cuts on the building site, such as the substitution of products with cheaper versions. Pickard says that, in particular, replacing solid ducting with flexible ducting can lead to poor performance and the possible build-up of moisture in the system. ‘We all know how shambolic building sites can get,’ he says. ‘If a site foreman is running late and over-budget, he will pay for the cheapest, nastiest kit, and pay any Tom, Dick and Harry to install it.’

Justin Bere, director at Passivhaus specialist Bere Architects says: ‘It is logical to suggest that because some people do bad installations, and get away with it, regulations around design and installation should be toughened and penalties imposed in order to ensure that people apply the necessary skill and effort to do the job properly.’

Ben Bolgar, senior director at the Prince’s Foundation for Building Community, says: ‘The initial capital outlay and the longer-term maintenance cost of systems such as the passive vent one used in the Natural House is overall significantly lower than that of mechanical systems. To add to that, the conventional systems draw energy throughout their lifetime – energy which costs money.

‘So, for good air quality, the passive ventilation system should be lighter on the pocket.’

But even with ventilation systems that rely on natural ventilation methods, occupier behaviour can cause issues, says Tim Sharpe, professor in environmental architecture and director at Glasgow’s Mackintosh Environmental Architecture Research Unit. He points to a study by the Building Research Establishment which tested homes fitted with trickle vents. ‘This concluded that all the homes were fine,’ he says, ‘but a follow-up study found that 60 per cent of the vents were closed by residents once they were occupied.’

Despite the overall poor picture, Mawditt says the design and installation of mechanical ventilation systems is slowly improving. ‘In some developments by in-house teams employed by large housebuilders we are starting to see dotted lines on structural drawings showing where ducting should be routed,’ he says. ‘Going back five years ago, those lines wouldn’t be there and the builders would only work out they needed to make provision when they were on site. But it will take a few more years for it to fully filter through.’

An improvement in the design of ventilation systems is undoubtedly overdue. Currently, an inadequate inspection regime allows the construction of homes that are potentially dangerous to their occupants’ health. Architects have a leading role to play in designing buildings with systems that are easier to operate and maintain. But changing the status quo will require proactive investment in solutions that work, widespread dissemination of best practice, and a less grudging approach from an industry notoriously resistant to changes that will affect its bottom line.

Part L- is compliance worth the paper its written on?