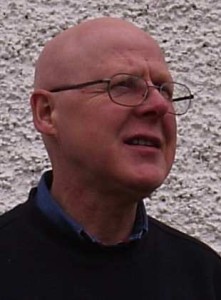 The following comment was submitted by Michael Tweed MRIAI to BRegs Blog on 28 November 2016 in response to an earlier post AT Survey Opinion | Vivian Cummins MRIAI.

I agree with much of what Vivian writes and for sure Question 4 of the RIAI survey baffled me. In my opinion Architectural Technologists should consider having their own registration body totally separate from the RIAI. I say that not because I’m elitist but because I think they would simply be better off that way. Take control of your own registration and promote your skills and competency for their importance in good architecture, not as some adjunct to architecture.

I’ve been following with interest the responses to the posts about Architectural Technologists and was curious to see the number of responses the initial post created and how heated some of the arguments became. What puzzled me was the general tenor of the article and responses, insofar as they indicated such a desire by AT’s to undertake the role of Assigned Certifier.

My greatest disappointment with my professional body, the RIAI, was their unabashed willingness to promote BC(A)R as the solution to Building Control. Why anyone would want to take on the role of Assigned Certifier is beyond me and I dearly wish all of the stakeholders had told the government where to stick their BC(A)R, so as to make it unworkable, and thereby just possibly we might have got closer to the real solution – Local Authority Building Control as they have in our neighbouring jurisdiction!

I can however understand the Architectural Technologist’s annoyance that they haven’t been deemed to have the necessary competence or expertise to act as Assigned Certifiers. In my opinion the manner in which many architect’s go about architectural design is such that it has become simply an abstract design process. Spatial design, light, visual appearance and often weird and bizarre structural gymnastics seem to be the starting point, rather than as it should be, in my opinion, a design process informed primarily and principally by a complete knowledge, competence and expertise in building technology and construction design. How a building is constructed now seems to be considered as an afterthought once the bedazzling virtual 3D drawings have been produced – in a virtual world with no gravity, no climate, no reality! So I would tend to agree with some of the questioning in regard to an architect’s competence to be an Assigned Certifier!

A competent and experienced AT has a full knowledge and understanding of what is required to comply with the Building Regulations and therefore should be as capable as any architect or engineer to inspect building work and judge whether it complies with the Building Regulations. I just don’t understand, though, why you’d want to undertake the role? Why are AT’s so keen to be the scapegoat at the end of the paper trail – the one in the dock if some building defect is exposed that your inspections missed?

The responses from both AT’s and architects to me are symptomatic of the problems at the heart of the construction industry as a whole – that it is generally adversarial, elitist, combative and competitive rather than a collegiate process which is what I believe it should be. We’re all supposed to be on the same side in the process of designing and constructing good buildings which work well, are sound, safe, robust, compliant with the Building Regulations, cost effective, and fit for purpose.