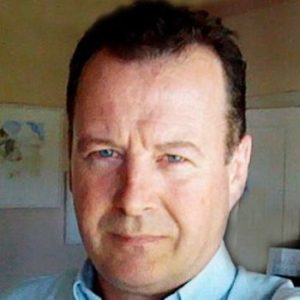 The following topic was posted up on Linkedin forum this week by Malachy Mathews Leader for BIM and Collaborative Pedagogy, Dublin School of Architecture.

This Most Important Year for Architectural Technology in Ireland

Architectural Technology has a 60 year history in Ireland.  The discipline has developed over this period of time to become an essential cog in the mechanism that designs and constructions buildings and infrastructure in Ireland.  There is structure to this “new” profession.  There are courses in 3rd level education for new entrants to achieve honours (level 8) degrees and pathways for graduates to progress their academic qualifications from Level 7 all the way to Level 10.  There is rigor in the assessment of these courses provided by the QQA Benchmark standard for Architectural Technology 2016.  There is demand for AT graduates across the design and construction industry.  The future of the profession is strong because ATs are leading Irelands digital transformation in design, construction and information management.

The Department of Housing, Planning Community and Local Government has recognised the emergence of this “new” profession and is reaching the finishing line on an agreement in principle to establish a register for Architectural Technologists in Ireland.  Two of the 3 goals set-out to make this happen have been achieved the final goal is for the Department to bring forward legislative proposals to amend the BCA 2007 along the lines already set out in the act for construction professionals specified therein.  Statutory recognition for the AT profession is within touching distance BUT there is one thing missing …… YOU the Irish Graduate Architectural Technologist, yes YOU are missing.  YOU need to be vocal in your support, YOU need to be seen in support, YOU need to assert yourself at your place of work, in your social circles and YOU need to be active in support of this one in a generation opportunity to have your future as a built environment professional secured.

IATGN in association with the School of Architecture in DIT will convene a meeting in the early part of 2017 to give YOU the opportunity to be vocal, be seen and be active in support of YOUR profession.

Comments and Likes to show support are welcome

Author’s note: Can I suggest that you copy this message (or compose your own) into an Email and send it on to your Architectural Technology (AT) friends, classmates and colleagues at work.  If you are involved with AT graduate associations from DIT, WIT, Cork IT, IT Carlow, GMIT, LIT, your RIAI AT colleagues, your CIAT colleagues, get the message out.  If your are involved with social media, Facebook, Twitter use the hashtag #SR4ATIre and get some media attention trending.  The AT community in Ireland need’s to be seen and heard in support of the AT Statutory Register.  The Minister needs to know this, the Dept. officials need to know this, the industry needs to know this.  Get your local TD on board, ask them to support the Dept. efforts bring forward the necessary legislative amendments to BCA 2007.

And remember this is not just about AC/DC services this is about recognising the standing of your profession in the Built Environment community.

To all AT graduates, this is your future, get that message out.  If you want equity in the design and construction industry, if you want a position as a recognised professional in society you need to make a personal decision to step up and be seen and heard.  Get actively involved.  10 years ago IATGN published a report calling for ATs to engage with the professional bodies, a lot of us did and we bear the scars to prove it.  But it was that involvement and the knowledge gained that gave us the confidence to promote our profession and get us the where we are now.  Don’t lose this opportunity it will not come around again.