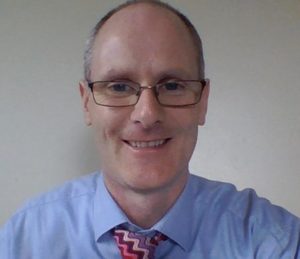 The following post was submistted by Martin Keane BSc

Replicate the Road Safety Authority into the Construction Industry

There is a need to move the onus of responsibility from one individual to all concerned in the development of a build. The idea of a development not meeting the building standards leave all concerned at risk of litigation and not to mention the reputational damage that it causes to the construction industry and this could be down to a number of individuals not adhering to good building practices or simply not bothering to maintain the building standards.

Is there a need to look beyond the professionals and look at the people who actually carry out the work on the ground?  The fact a tradesperson/professional can move freely from one site/job to another with no real impact on their poor standard of work needs to be addressed in a more fundamental approach. The licence is something the author researched in 2008/2009 and found to be a useful means of identifying an individual qualifications and work experience but it on its own will not resolve the difficulties encountered by poor practices which has caused great concern for all seeking a lasting resolution.

There is a need to tackle the behaviours and attitudes of individuals who believe they can simply turn up for work and underperform in their tasks with no real accountability.  The problem of poor building practices has been around for years despite all the effort put into resolve this dilemma.

The author has looked at different system/model which has dealt effectively with poor practices as it is also built on qualifications/experience. The Road Safety Authority is responsible for ensuring users are adhering to the rules/regulations.  The fact that it is working with the Insurance Industry backed by independent policing both public/private who can issue penalty points has made a huge significance to the behaviours/attitudes of individuals using the road network. The fact people don’t want to attain penalty points on their licence has made people more aware of their responsibility to other road users.

If such an authority was to come into force in the construction industry backed by the insurance industry with independent building control both private and public who could issue penalty points to individuals not adhering to the building standards it might have a real impact on how people perceive their responsibility to their clients to ensure good work practices. The need to bring in an insurance such as the car insurance e.g. construction insurance for professionals, trades and services providers would ensure the cost of poor work practices could be recouped from the individuals not adhering to the building codes. The individual would receive a penalty point and a spot fine for breaching the building codes. The fact that individuals would have to renew their construction insurance could allow the Insurance industry play a more effective role of ensuring compliance of the building standards.  This system operate in the transport industry and is considered fair by all users as it put the onus on the individual to ensure they comply with the rules and regulations.

Martin Keane has a BSc Hons in Construction Management and is currently finishing a Masters in Project Management.