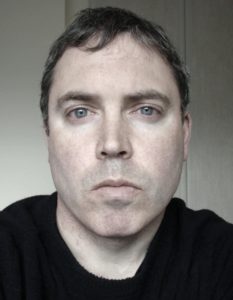 I had read the article by Vivian Cummins on the RIAI Architectural Technologist’s survey (see here) back at the start of January 2017. I had not noticed the follow-up pieces by Michael Tweed and Malachy Matthews which have woven some additional thoughts into this. The follow-ups reflect the broader conversation that is happening in Ireland, more or less since the ‘crash’ back in 2008. That is a conversation about broad issues, like efficiency and improved management, tools, skills and technologies – across the whole industry. In very recent times also, we have had a new branch of the Lean Construction Institute attempting to kick-started itself in Ireland. There are an awful lot of new things happening in construction.

Malachy Matthews has written, “There are a new generation of ATs with skill-sets in virtual construction and information management who are driving the digital transformation of the design and construction industry”.

In my comment to Vivian’s piece in early January, I tried to enlarge the focus beyond Architectural Technology. In my own view, the various blends of engineering design consultant (that is civil, mechanical electrical, structural and various sub-branches), all need to extract their technician talent out of the same gene pool, as that which architects have hired AT’s from. Also, from the AT’s point of view, they do not have a real choice, between what employer comes banging on their door – and says look, we have got a road or bridge to build (then you end up becoming a civil technician). Or, some says we have got a data center to build. Then an Architectural Technician can end up becoming a mechanical and/or electrical technician.

With ‘Building Information Model’ technology, the whole point is to create links between the disciplines than we had enjoyed in the past. I have spent a large part of my own career, interacting with technicians and technologists of various flavours. It is one of the places in the construction industry, where a ‘common language’ is found. We are trying to extend that concept of having a common dialect, across large parts of the industry now. AT’s and other branches in that tradition, always had a means of communicating with each other. That is nothing new for them. That was their special trade craft back in the day. We can study what AT’s did well in the past, and learn from it.

After walking out a front door of a university construction faculty , a person holding a qualification in Architectural Technology, had less control over their career path than one may wish for. Many had begun from a common starting point. Many were drafted into many totally different parts of the construction industry. The variables are complex, when one tries to map what is the ‘career path’ for the technician. It is too difficult to try to make some neat standard diagram out of it. Much of the strength and depth in the Architectural Technology discipline, comes from diversity.

What was really going on, if one analyzed it, is the construction industry depended upon having a common dialect that was robust, broad scale and basic. A communication channel that people could use to talk. Each time an engineering discipline sub-divides, or becomes a little more specialized in order to tackle a new problem in building design, it places ‘stress’ on our communications – the common dialect. We have some very exquisite systems of collaboration nowadays, thanks to information technology. If a system breaks down, the industry needs a robust communication framework that it can fall back on.

That is where an Architectural Technician and that entire layer across the industry, contributes most. It provides the best signal quality, when different construction disciplines need to pass huge chunks of information between each other. In pressure situations, a robust communication channel is very important. It can save the construction industry millions, in avoidance of costly and prolonged disputes. Avoidance is easier than cure.

The valuable thing for any technician starting out, is to build flexibility into their skill-sets. That is the best road map towards, a ‘professional and social standing’ I believe, in the modern era. Flexibility is more difficult to achieve, by tying oneself closer at the hip, to an architectural profession which can experience it’s own very stormy waters. Even the best of full architectural practitioners out there, run into bad patches. What we all want (all of the engineering disciplines and architects inclusively), is a healthy and sustainable community of well skilled technicians – that everyone in the whole industry is able to draw upon. That is, a well trained, flexible and valuable common resource. Otherwise, it is hard to find a path towards more sustainable architectural technology practice in Ireland.

I have worked with some very good technicians down through the years. Many of those are web designers now. They have no intention of coming back to the construction industry. There was no path towards sustainability for them. They did not need a road map towards a ‘professional standing’. But what they needed all of them, inclusively and bar none – was a road map towards bread and butter. It was not there, before BCAR, not to mind after.

Brian O’ Hanlon is a Quantity Surveyor by qualification, an engineering and architectural draftsman by experience and trained in architecture early in life.  Finding ways to combine together aspects of financial, construction and design management into one process is what he does best.

This Most Important Year for Architectural Technology in Ireland | Malachy Mathews