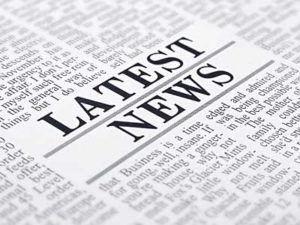 Edition 98 of BRegs Weekly is out now.

Defective homes built under our current ‘self-certification’ building control system were in the headlines again this week.  Apartment owners at Beacon South Quarter in Sandyford are set to lose their battle against a €10 million charge to fix problems at the complex. Beacon South Quarter was built by Landmark Enterprises in 2005.  The company went into receivership five years later. Ires Reit, a property company that owns about 200 of the 600 affected apartments, plans to vote in favour of the charges and will face a bill of around €2.7 million.  Residents do not yet know how much they will each have to pay but they expect to face a bill of more than €10,000 per flat.  It is estimated that about a fifth of the apartments are owner-occupied.  The remainder are understood to be buy-to-let.  Josepha Madigan, Fine Gael TD for Dublin Rathdown, said the charges could rise to €30 million for property owners: “It is simply not fair that they be faced with the costs relating to issues that should have been resolved in construction…They bought these homes in good faith, many at inflated Celtic Tiger prices. For many, this is a bill that they simply will not be able to afford.”  Philip O’Sullivan, chief economist at Investec, said that the companies’ large stake in the south Dublin development was likely to ensure the motion is passed at the AGM next week.  Owners are set to vote on the charges next Monday.

The an article by Daniel Bentley of the London School of Economics “If new homes are being approved, why shouldn’t we expect them to be built?” explored the ‘Permissions Gap”- the difference between planning permission levels and the lower number of homes that are built.  In Ireland and the UK up to 40% of planning permissions do not translate to built homes.  The article explores the reasons for this and the issues of land-hoarding and the commercial forces at play in the private speculative housing market.

In a week where it was revealed that Department of the Housing are inflating housing completion figures by over 40%, John Fitzgerald sounded a note of caution in his article “Expanding capacity of building sector takes time”.  He noted that housing policy is particularly prone to delay between policy implementation and delivery.  As a result, there has been a repeated cycle where house-building collapses because of an economic crisis and, when the economy begins to grow again, a much longer period before house-building recovers.  Like building new factories, expanding the capacity of the building sector takes time, and this should not be a surprise.  The delayed response by the building sector to the pressing need for more houses means that we will need a period of higher output in the early years of the next decade.  In the meantime house prices and rents could rise above their long-term equilibrium level.  Managing the housing market so that it settles at a sensible level of output with realistic prices will require careful attention by policy makers in the coming years.