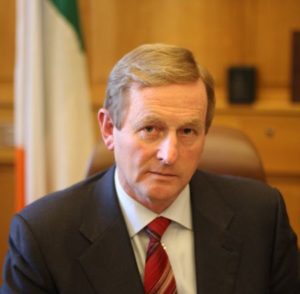 A consensus is developing in industry that regulatory red-tape, costs and delays in construction procurement are major barriers to supply in the residential sector.  Politicians and industry experts have questioned the effectiveness of our current system of “reinforced self-certification” and continuing lack of consumer protection as a particular area that needs to be thoroughly re-examined.

“Proper standards, not gold plating. Poor construction leads to increased regulation, but the pendulum swung too far and failed to address major issues, such as self-certification. Some welcome changes occurred in 2015 but we need a debate about what we are trying to achieve and how to produce reasonable accommodation with laws that are actually enforced rather than regulations which are very expensive to comply with and yet produce little in the way of practical benefits for occupiers.”

In leader’s question in the Dáil on Wednesday, 25 January 2017 (see link here) Catherine Murphy TD asked “While I appreciate the Taoiseach’s recognition that we need a supervisory authority, the fact is local authority building control is greatly underfunded. In many cases claims against builders are statute barred because defects were not noticed by home owners in the legally stipulated period and there are still no solutions for people whose homes were built pre-2014.

The huge legislative gap which exists in this area more than five years after Priory Hall is staggering. How many times must this issue rear its ugly head before the people who are affected by it have some level of certainty about the relief they can seek? Are they forever to be reliant on a Government which acts in an ad hocwait-to-see manner? These are people’s homes and it should be a `Government priority that if anything happens to people’s homes, they should not be left in limbo. The Government’s housing plan is called Rebuilding Ireland. Let us make sure we do it right this time. The Taoiseach should initiate a review of previous housing failures and ensure home owners have somewhere to turn for relief from the mistakes of developers.”

In response  Taoiseach Enda Kenny said “The Deputy will recall that we had question after question in this Chamber for a long period about Priory Hall, with court cases and one thing and another. This was eventually sorted when the Government took action with the other agencies, the same as applied in respect of the defects in Longboat Quay and others. Obviously, things have changed and engineers are required to sign off on certificates of standards, whether on small issues or major developments.

The Deputy makes the point that home owners did not notice the defects. How could they? Many home owners would not have any practical experience of building standards or of how buildings are constructed. Where rogue contractors, either through greed or taking short cuts, put defective buildings together, or fire traps as was the case in Priory Hall, they are guilty of a grossly serious offence. In my view they should never be allowed to build again, or not for a very long time. Their certificates of competency should be withdrawn. We need a supervisory independent clerk of works or authority to say that is not what they got permission for, that is not the standard, and they must take it down and rebuild it. If they find that somebody signs off on a certificate saying it is of quality that it is not, that person should pay the penalty as well.”

How many inspections does a build need ? Mark Stephens MRIAI