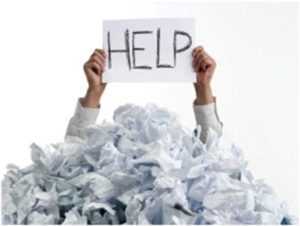 The following response to an earlier post “How many inspections does a build need ? Mark Stephens MRIAI” by Mark Stephens on 27th December 2016

I am reading a lot of sense in what both Mark and Michael have stated above.  I am well used to both their utterances from reading Mark’s own Blog and Michael’s comments here.  The fact that they are talking sense does not therefore surprise me.

However.. The process of inspection – whether by an overworked architect/ engineer/ building surveyor OR by a team of government-sponsored inspectors – is doomed to fail under the terms of reference of the current legislation and the certificates required under it.  This is not to denigrate what has been written above but to underline the fact that the government have set the certification standards impossibly high while failing to provide the legal tools to certify even to the level that was possible under the previous RIAI Opinions of Compliance

Reasonableness was abandoned the day “compliance” (for which read Absolute Compliance) was substituted for “Substantial Compliance” (for which read Compliance Within Reason And What It Is Humanly  Possible To Inspect).  The current BC(A)R Legislation requires two corporeal persons (not companies) to Certify the Design and Built Work. One corporeal person could do both jobs in theory, but lets consider two of them.

The Assigned Certifier is required to Certify ALL ELEMENTS OF THE BUILT WORK ARE BUILT COMPLIANTLY – not just those elements that the Main Contractor assembles on site from raw materials.

Design, under BC(A)R includes all the locks, light fittings, fire detection and alarm equipment, door lock and door hinge internals, MVHR motor internals, MVHR ducting materials design, Insulation design – to name but a few items not designed by the Design Team and more importantly, which are not possible to be assessed by them through visual inspections.

When I refer to standards of certification being impossibly high I mean that it is not physically possible for even the Main Contractor to visually inspect everything that is constructed on site, never mind the sole Assigned Certifier.  Similarly it is not possible for the Design Team to monitor and supervise the design of every element that makes up a building, never mind the sole Design Certifier

Under the previous RIAI Opinion system, it was possible to rely to some degree on Schedule A Assurances, which were defined in the Opinion Wording in terms of source, scope and level of responsibility.  These might include Certificates regarding Design from other Design Team members as well as specialist suppliers, the main contractor, sub-contractors as well as  Certificates regarding elements of the Built Work, which might include Guarantees, Warranties, FAT tests, etc.  No counterpart of these Schedule A Assurances exists in the BC(A)R Legislation.

What about Ancillary Certificates?

This term is mentioned in the reference to certification, but the term is not legally defined.  More importantly, the acceptable sources, scope and level of responsibility are not defined.  Legally therefore, Ancillary Certificates do not exist and any assurance they could possibly offer cannot be relied upon by either the Design Certifier or Assigned Certifier.

Don’t Structural Engineers know what they are doing?

Structural Engineers sample statistically.  They take test samples of mixes for concrete for example.  They do slump tests.  They cast cylinders and send them off for testing.  Statistical sampling lets you state a building is Substantially Compliant.  Statistical sampling in my opinion does not have enough credibility to allow a Certifier to claim a building is Absolutely Compliant.

And that I submit is where this matter rests in terms of Inspections and Certification.  None of the comments above (neither mine nor the two previous writers) address the real issue; –

“A speedy remedy for the Purchaser of a defective property”

That is another day’s work.

How many inspections does a build need ? Mark Stephens MRIAI

Is the Design Certifier a ‘Patsy’ for Builders?

SI.9 completion stage and the BCMS | Clouds are gathering!

Ancillary Certificates: Why On Earth Would You Want To Sign That?