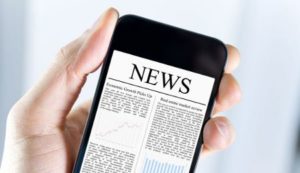 Edition 99 of BRegs Weekly is out now.

Issues with the design and build model of procurement, PPP, were highlighted in a recent UK report into defective schools.  The problem across the school portfolio, which was constructed under a public-private partnership arrangement with Edinburgh Schools Partnership (ESP), came to light after nine tonnes of masonry fell at Oxgangs Primary School during a storm in January 2016.  The  general secretary of the Educational Institute of Scotland, Larry Flanagan, said: “The legacy of the PPP/PFI funding model is too many inferior buildings, for which we will all be paying a vastly inflated price for decades to come.”  The report said that problems with poor quality construction and supervision could have resulted in the injury or loss of the lives of school children and this was not the result of isolated incompetence.

The report noted that recent changes to models of public building procurement, driven by a desire for greater efficiency and to transfer all risk away from the client, have unfortunately not appreciated the need to provide an appropriate level of independent scrutiny.  A number of witnesses to the inquiry identified a drive to reduce fees as a major factor in deciding the level of provision of effective inspection of construction, rather than a serious assessment of the risks of not providing for adequate independent scrutiny.

Thousands of apartment owners may face costs similar to residents at Beacon South Quarter because of poor building standards during the Celtic Tiger era, Kevin Hollingsworth, a member and former chairman of the Society of Chartered Surveyors Ireland (SCSI), has warned.  While welcoming changes to Building Control regulations made in 2014, he said that there were still issues.  A certifier can be an employee of the developer, which, he said, raised obvious concerns.  The SCSI has said that it was aware of dozens of cases similar to Priory Hall and Longboat Quay, two high-profile developments that required extra and extensive fire safety work.  “Through no fault of their own, hundreds, perhaps thousands, of property owners find themselves facing very costly repair work because their properties have serious defects,” Alan Baldwin, chairman of the building surveying professional group at the SCSI, said.

Taoiseach Enda Kenny last month in the Dáil suggested an independent Supervisory body to police the construction sector.  Perhaps government is finally considering beefing up our under-resourced Building Control officers and creating a properly resourced Building Control inspectorate along the lines of the highly effective Fire Safety Authority?  As part of a growing industry consensus, Mason Hayes and Curran Solicitors have questioned the effectiveness of our current system of “reinforced self-certification” and continuing lack of consumer protection as a particular area that needs to be thoroughly re-examined “…we need a debate about what we are trying to achieve and how to produce reasonable accommodation with laws that are actually enforced rather than regulations which are very expensive to comply with and yet produce little in the way of practical benefits for occupiers.”