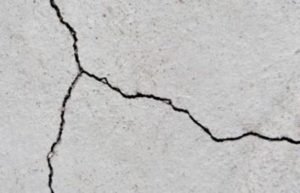 A  North County Leader article on 7th February 2017 (see here) highlights concerns of owners of pyrite affected homes and the effectiveness of current government measures to address the problem.  Previously confirmed in the Dáil, pyrite affects 12,400 homes nationwide and the average cost to repair a typical home is €64,000.  In response to the potential bill to the state of €7.94Bn, thresholds for the state-established pyrite remediation scheme have been changed and up to 10,000 pyrite-affected home owners will now be excluded.  Building Control Regulations BC(A)R SI9 introduced in 2014 do not provide for any proactive measures to address supply chain problems.  Most professional Indemnity insurance policies exclude pyrite so avenues for redress under the current ‘reinforced self-certification’ system are limited.  Local Authorities remain the EU designated policing body for the materials sector and these have seen no additional resources put at their disposal for monitoring pyrite in the supply chain.  More recently pyrite has re-surfaced in blockwork resulting in demolition of home in sub-urban Dublin. Article to follow:

Local Fianna Fáil TD, Darragh O’Brien has again voiced his concerns regarding the Government’s Pyrite Remediation Scheme. He claims that the current scheme is in need of rehaul to support all homes with pyrite damage in the North County and he has raised the shortcomings of the government’s Pyrite Remediation Scheme directly with the Taoiseach, Enda Kenny in the Dáil last week.

A remedial scheme, launched in 2013, is subject to the property reaching a level of damage specified under a scale drawn up by the Pyrite Resolution Board, that critics claim the vast majority of those affected will not qualify for.

The Minister previously confirmed to O’Brien that 913 dwellings have been approved for inclusion in the Pyrite Remedial Scheme, but O’Brien commented, “I have continually raised concerns that this scheme is far too limited and unfit for purpose. It only addresses the tip of the iceberg when it comes to the extent of the pyrite problems in thousands of homes across the east coast.”

“We flagged this issue when the scheme was first proposed and submitted a series of amendments to the legislation, all of which were rejected by the last Government. We also published a Pyrite Remediation Bill to expand the scheme in 2012 – this was also ignored by Government. It’s time to do more to support the thousands of families across the North County who have been left in limbo,” said O’Brien.

“It needs the Taoiseach’s direct intervention to ensure that the Pyrite Remediation Scheme is brought up to standard so that thousands of home owners see light at the end of the tunnel and see their houses fixed and brought up to specification.

“There are an estimated 72,000 homeowners that are excessively damaged with pyrite, yet fewer than 1000 homes have been accepted into the Government’s scheme,” he said.

“The numbers of applications which the Minister has previously provided just scratches the surface and are further proof that the Pyrite Remediation Scheme is grossly inadequate.

“The problem lies with the reference to ‘significant levels’ of pyrite damage in the criteria set out by government under the scheme. Those who don’t meet the criteria must also be catered for. Leaving aside the damage, a house with pyrite is valueless, until it is remediated.”
“There needs to be a comprehensive review of the pyrite scheme to protect all affected homeowners in North County Dublin and not just some.
My party and I have committed to expanding the Pyrite Remediation Scheme so that all homeowners affected by pyrite can have their homes fixed should their insurers not pay,” he concluded.

Other posts of interest (mentioned above):

Other posts on this topic:

Irish Mirror | Call for an end to pyrite mess

Are Design and Assigned Certifiers risking professional suicide with Pyrite and S.I.9?

RTÉ News: Louth housing scheme to be demolished over pyrite