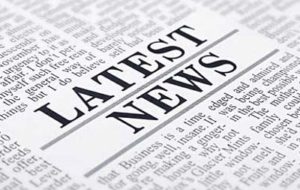 Edition 101 of BRegs Weekly is

On the housing front, Minister Coveney’s ambitious  ‘Rebuilding Ireland’ housing plan suffered another setback this week.  The Irish Times article “Just 64 social housing units delivered by private sector in 2015” noted that despite the plan’s five year target for privately provided social housing (Part V) of 4,700 units, just 64 were delivered in 2015. The five year total for 2011- 2015 was 807.  Figures for 2016 have yet to be released but the Part V requirement was significantly reduced under new rules in the middle of last  year.

Defective buildings figure prominently in media in the past two weeks.  The Irish Times article “Fire safety: Beacon apartment owners warned of legal action” tells of apartment owners  in Sandyford, Dublin who are facing legal action from Dublin Fire Brigade if they do not undertake fire safety works at their homes.  Owners were this week voting on a plan put forward earlier this year by the development’s management company to charge them more than €10 million to pay for fire safety and other structural defects at the complex, built in 2005 by developer Paddy Shovlin’s Landmark Enterprises.  Local Green Party TD Catherine Martin said the State had to bear some of the cost burden. “There’s been enough words of support from the Government, they need to set up a redress scheme for these owners.”  Owners of the 880 apartments face costs of €7,500-€15,000 each in relation to the safety defects.

For anyone who wants to discover how difficult it is for a home owner to get redress for a defective building, the following recent Irish legal case should give a good insight.  Here is an extract from the judgement: Farrell -v- Arborlane Ltd & ors:  “Having bought a brand-new apartment, Ms. Farrell has spent [14] years ‘running from Billy to Jack’, trying to have all kinds of problems with her apartment fixed. She commenced litigation, continued trying to have matters fixed, yet continues today to find herself be-set with various serious difficulties of a kind that seem likely to affect the price of her apartment should she seek to sell it, and to be an ongoing source of stress and cost to her if she does not. That Ms. Farrell should get to continue the within proceedings against Mr. Lawton is something that the court considers the balance of justice to require.”  The new Building Control regime introduced in 2014 will not improve this situation, owners will still have to look for compensation in court which can be costly and lengthy with no guarantee of success.