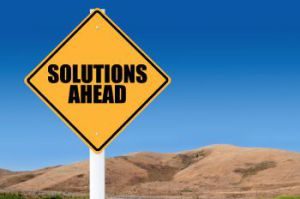 Just a few days following introduction of Building Control (Amendment) Regulations SI.9 in 2014, past presidents of the RIAI, Eoin O Cofaigh FRIAI and Michael Collins FRIAI published a proposal outlining an alternative practical system of Building Control in Ireland.  We know now that SI9 complex administrative procedures have increased costs for some building types by up to 15% (e.g. school building projects).  In the context of the current housing crisis, BCAR has been confirmed as adding €25k to multi-unit costs per unit and over €50k to the cost of a typical self build, when applied.  BCAR has given no additional consumer protections, and owners who discover defects in buildings post completion are still facing years in the courts to obtain redress, with no guarantee of success.  In this paper practical workable alternatives to Building Control (Amendment) Regulation (SI.9 of 2014) are discussed. Original post here and it was published in March 2014:

The State should not primarily be liable for the cost of building control nor should the State be liable for defects in construction.

Concerns have been expressed that S.I. 9 of 2014 will not protect the householder in the way it sets out to. In 2012, submissions by non-construction sector stakeholders (NCA) and the Pyrites Panel said that an inspection system independent of the designer and the contractor is needed.

There is a wide consensus across consumer organizations and in the media, supported by World Bank and European Consortium of Building Control studies, that self-certification as in S.I. 9 will not work, particularly for speculative residential development. It works in no other sector of the Irish economy and is even less likely to work in construction.

At the same time, the unintended consequences of S.I. 9 for non-residential projects, especially for complex projects such as hospitals, and for FDI projects are such that the system increases costs and uncertainty unnecessarily.

What is needed is a simple measure to improve and sustain the quality of design and construction, particularly with speculative residential development.

This should be backed by compulsory latent defects insurance to guarantee redress to consumers in the case of the small number of residual defects that will occur, or in the case of financial failure of a development/construction company.

Replace S.I. 9 of 2014 by a new statutory instrument along the following lines:

This system resembles the system of independent auditors of company accounts. A company has an internal accountant. The independent auditor inspects the annual accounts and signs off on them. The accounts are lodged to the Companies Registration office. The auditor is paid for by the company and is answerable to the State. The auditor is not responsible for the complex task of preparing the accounts in the first place: his sole task is to check for financial probity.

A developer wants to build a building. The Approved Inspector inspects the design and the construction and signs off on them. The designs are lodged at the Building Control Authority. The Inspector is paid for by the developer, and is answerable to the Building Control Authority. The architect, engineer and builder have the complex task of designing and building the building; the inspector’s task is to focus exclusively on building regulations compliance.

A system as outlined above can be set up quickly. It involves no major change in existing contractual and legal structures. It needs no primary legislation: the Building Control Act already provides for the designation of such persons to act in this capacity.

Such a system will have the support of the consumer organisations and the public.