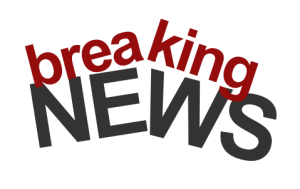 Edition 105 of BRegs Weekly is out now.

In “Review into fire at timber frame housing being withheld” Mick Clifford writes about state delaying publication of a fire safety report into a potentially fatal fire in March 2015 in Millfield Manor Kildare. “According to design standards, it should take about three hours for a fire to spread that quickly. Thankfully, the incident occurred in the afternoon and all occupants were safely evacuated. After the fire, an investigation was launched by the council which found major fire safety deficiencies. The report was handed to homeowners who were effectively told they were on their own”

Environment Minister, Alan Kelly, then announced a review to “develop a framework for general application” in homes where concerns had been raised about fire safety. “Fourteen months after the review was completed, the Department of the Environment has not published it. During that time, repeated inquiries have received responses from the department saying that aspects of the review are still under consideration…It’s difficult to believe that “aspects are still under consideration”. An alternative explanation is that the department does not want to publish the review because of what it contains.”

The extent of state owned vacant homes was brought into focus in “€24m to be spent restoring 1,400 vacant social houses” in the Examiner. “At least 1,400 vacant social houses are to be returned to productive use by the end of the year for homeless households…€24m will be spent on the scheme, which is part of the Government’s Vacant Properties (voids) programme… A department spokesperson said that, since the introduction of the scheme in 2014, approximately €85m of funding has resulted in over 7,200 properties being returned to productive use. Local authorities must submit a prioritised list of properties for remediation…”

In the Irish Times today “Understanding why homes are vacant can help solve housing crisis” John Fitzgerald discusses Census 2016 and the impact of dereliction on overall housing stock levels “Such losses can take place through dilapidation, through demolition for replacement, or the conversion of houses containing bedsits to single-family homes.”

“Using the Census data on the age of the housing stock it is generally possible to estimate how many units of housing were lost over the period from the previous Census. I did this exercise for the Census periods from 1961 to 2002 in a paper published in 2005, finding an annual obsolescence rate ranging between 0.4 per cent and 1 per cent.”

The author urges the State to examine factors that may give rise to excessive vacancies, particularly in areas of high housing demand “Other countries have successfully harnessed upper floors in commercial streets for housing – we could learn from their fire safety approaches… Understanding why properties stay vacant may bring us nearer to finding workable solutions to the housing shortage.”