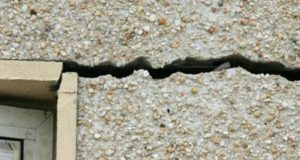 Edition 108 of BRegs Weekly is out now.

A number of damning official reports into defective buildings continue to remain unpublished by the Department of Housing under Minister Simon Coveney. In a recent Independent article “Cracking up: the legacy of Celtic Tiger Ireland” the issue of homes affected by pyrite and mica in Donegal and Mayo was noted. Glacial government response to this particular problem and continued procrastination by officials in publishing an official report  was highlighted in the Seanad on 23rd May 2017.  Pádraig MacLochlainn (Sinn Fein) said “This is a failure of the State, of building control legislation and to ensure compression tests guaranteed that the blockwork, the core product in the family home in Ireland, was sound. It was an utter failure of State regulation right through. These families have been failed utterly.”

Chartered Surveyor Kevin Sheridan examined building control costs for modest residential projects in the Irish Times article “Should I opt out of costly compliance paperwork?” Many defective residential schemes have been built under a regime of cowboy  builders, inadequate insurance, a lack of local authority checks and informal sign-off. The 2014 BCAR SI9 regulations reinforced this system of sign-off, putting ‘self certification’ on a statutory basis without dealing with the many root causes in the house building industry. Despite increased costs and paperwork, buyers can not be any more confident of quality and safety under the new system.  There are no new legal rights for buyers and there are still no independent inspections of construction sites. Many think that a BCAR Completion Certificate is a guarantee, but it comes with few consumer protections and no new rights for buyers. If there’s a defect in the house owners will have to go to Court to look for redress; this could take many years and the outcome is not guaranteed.