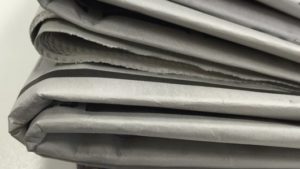 Edition 109 of BRegs Weekly is out now.

Building Control and building standards were discussed in The Sunday Times article “Reasons to be hopeful”. last week. Dr Lorcan Sirr noted “The department of housing has been sitting on reports about fire safety for a long time. If the department is as “open and transparent” as minister Simon Coveney has insisted, the report into the fire at Milford Manor, for example — which was due in January 2016 — will be released immediately. Milford Manor was a boom-time housing estate in Newbridge, Co Kildare, where six houses were gutted by fire within 20 minutes. Withholding the report is outrageous. Building standards need to be examined in light of our poor legacy of construction standards and the lack of consumer protection for buyers of defective homes.”

Sirr noted the Government’s proposed register of Contractors to be owned and operated by the Construction Industry Federation: “A system of licensing builders needs to be introduced and overseen by an independent body, not a representative group. It is wrong to have more consumer rights as a buyer of a mobile phone than a house buyer. A savvy minister for housing would create a programme whereby the state or local authorities issue contracts to builders to construct mixed-tenure social, cost-rental and affordable housing developments on their behalf, rather than rely on the market. In this way, control is retained over specification and ultimately price.”

Calls for a state remediation scheme to address thousands of defective housing units built during the ‘celtic tiger’ period were re-iterated by the Society of Chartered Surveyor’s representative Kevin Hollingsworth- see “The Price Of Allowing Developers To Self-Certify” in Broadsheet.ie. Mr Hollingsworth has been involved in the remediation works of 29 developments and was critical of the continued practice of builder/ developers using employees to sign-off on quality of developments:  “The assigned certifier can be an employee of the developer, the assigned certifier is also just a professional – they do get paid by the end user. They don’t act independently. They’re supposed to act independently but, once there’s that financial link, that leads to a lack of independence.”

Government proposals for more robust site tax levies for land hoarders was criticised by builders in “Builders react with alarm to site levy proposal” in the Irish Times. Minister for Finance Michael Noonan signaled that Government would tax speculators for sitting on empty development sites to boost their profits as property prices rise by introducing a levy on such properties in October’s budget “People who are sitting on land as an asset will find themselves sitting on a tax liability”. Builder Michael O’Flynn argued that the Government should cut development levies, VAT and other charges to improve viability and provide infrastructure needed for housing. Extract: “Tom Parlon, director general of the Construction Industry Federation (CIF) said that he agreed with the minister’s sentiment but stressed any levy should have safeguards…. Mr Parlon agreed that few investors were simply sitting on land but suggested that some vulture funds that have been buying property here may not consider some sites worth developing at this point… Earlier this week, David Ehrlich, chief executive of Irish Residential Properties REIT, said many of the funds were “just sitting on sites” and were unprepared to sell.”