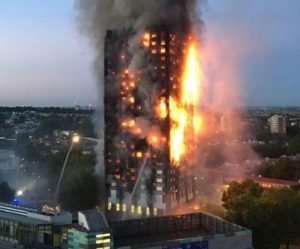 Edition 110 of BRegs Weekly is out now.

The Grenfell tower-block fire in London and Building Control failures figured prominently this week. The Guardian led with “’Disaster waiting to happen’: fire expert slams UK tower blocks”. UK architect Sam Webb said breaches of fire safety standards in UK were common and lessons from Lakanal House have not been learned. Webb surveyed hundreds of residential tower blocks across the country in the early 1990s and presented a damning report to the Home Office, which revealed that more than half of the buildings didn’t meet basic fire safety standards. He said: “We discovered a widespread breach of safety, but we were simply told nothing could be done because it would ‘make too many people homeless’…I really don’t think the building industry understands how fire behaves in buildings and how dangerous it can be. The government’s mania for deregulation means our current safety standards just aren’t good enough.”

Irish experts have warned of the possibility of similar large scale loss of life, given our privatised self-regulated construction sector. In the Irish Times article “Possibility of Grenfell Tower-type fire exists in Ireland”  Architect Niall Walsh of CJ Walsh said he feared Ireland was following the building and regulatory path taken in the UK, which appears to have contributed to the Grenfell Tower tragedy. Mr Walsh said that Ireland was “following the English model of building regulation – and that model is inadequate…The model was one that eschewed actual inspection of buildings in favour of paper-based checks”. He said there was a need for “independent inspection of buildings”, similar to the regime that was in place in Ireland up until the early 1990s.

Earlier in the week the Donegal Democrat reported on publication of the long awaited official report into Mica affected blocks in Donegal and Mayo. In “Report finds thousands of Donegal homes could be affected by Mica blocks”  it was noted that an Expert Panel on Concrete Blocks found that there may be as many as 4,800 dwellings potentially affected, as well as 541 social housing units. The Minister of State Damien English, said: “There are eight recommendations contained in this report and my Department will be taking action immediately… In addition and in light of the information contained in the report, I have asked my Department to consider what further actions may be required to assist the parties directly involved in reaching a satisfactory resolution to the problems that have emerged in the two counties”. Deputy Thomas Pringle called on Minister English to establish a redress scheme for affected homeowners in Donegal without further delay following the publication of the report.