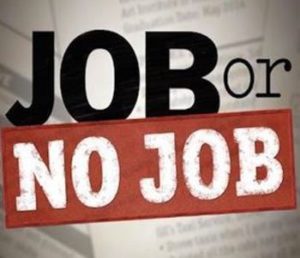 The following Independent article by Rebecca Lumley “‘The biggest con going’ – spotlight falls on ‘bogus self employment’ amid fears it is costing the state €80m per year ” examines ‘bogus self-employment’,  a method by some contractors of driving down employee costs.

“Bogus self-employment is a term coined by labour activists which refers to workers being forced to name themselves as sole-traders in order to be hired. They are then still treated as employees despite their sole trader status.

They are then stripped of employment benefits such as sick or holiday pay, while employers do not have to pay these workers’ PRSI contributions.

A Government report on the practise has not yet been published, leading to mounting opposition pressure not to let the report “gather dust on a shelf”… Meanwhile, a Dublin City councillor who has also worked as a carpenter for 30 years, described the practise as “pure abuse” and “the biggest con going.”

People Before Profit councillor Andrew Keegan said the practice is often painted as a way for construction workers to pay less tax and earn more money, but in reality its effects can be detrimental.

He said: “It’s corruption as far as I’m concerned. It’s massive exploitation…By the time you were finished, somebody in McDonalds was earning more than you were and no way would they put themselves at the same level of risk or endurance as you would working in the construction industry.”

The practice has also come under scrutiny by trade unions.  At the beginning of 2016, the Irish Congress of Trade Unions estimated that bogus self-employment has cost the State €80 million a year since 2007… They said that around 27,600 sole traders are operating in the construction sector alone, with no adequate controls to check that these arrangements were legitimate.

The Technical Engineering and Electrical Union (TEEU) have long fought against the practice, arguing that both employees and the State are losing out. National Construction Official of the TEEU, Brian Nolan said:

“As a Union we believe that we have a duty to all our members and society as a whole to raise this as something where we’re striving to get people to work in good jobs that pay good money and then we have unscrupulous employers who are trying to engage in the biggest tax avoidance scheme that you can.”

Recently Labour TD and former Tanaiste, Joan Burton, called for a fast-track of the report and urged then then Social Protection Minister Leo Varadkar and then Finance Minister Michael Noonan to stop “letting this report gather dust on a shelf.”

The Construction Industry Federation was approached for comment on the subject of bogus self-employment on numerous occasions, but failed to respond. They represent employers in the construction industry.

Full article here: ‘The biggest con going’ – spotlight falls on ‘bogus self employment’ amid fears it is costing the state €80m per year

Construction Industry Register Ireland (CIRI) to be made mandatory

RIAI Past Presidents Paper #1 | The Building Regulations and Consumer protection