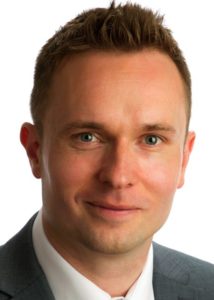 The following article by Dublin County Councillor Cian O’Callaghan appeared in The Journal.ie on 20 June 2017

‘Does our Housing Minister know how many homes are at risk of rapid fire spread?’

In Ireland, the concerns of residents about fire safety in several housing developments constructed hastily during the Celtic Tiger boom have fallen on deaf ears, writes Cian O’Callaghan.

As a local councillor I’ve worked with residents in developments affected by fire safety concerns. Due to a lack of assistance from official bodies in providing accurate information to homeowners, I’ve had to make extensive use of Freedom of Information requests to get to the bottom of what is known by the fire brigade, local authorities and the Department of Housing about fire safety defects.

Here are five crucial questions that the New Minister for Housing Eoghan Murphy TD should answer as a matter of urgency if he is to show that he is serious about tackling fire safety defects in housing developments in Ireland.

Will he publish the Fire Safety Review that his Department has sat on for the last 15 months?

On March 31 2015, a fire spread rapidly destroying a terrace of six new build houses in half an hour in Millfield Manor, a timber frame estate.  An investigation was launched by the local authority which found major fire safety deficiencies.

In September 2015, the then Minister for the Environment, Alan Kelly, announced a review to “develop a framework for general application” in homes where concerns had been raised about fire safety. A full 15 months after the review was completed, the government has still not published it.

Will the Minister publish this as review as a matter of urgency and start the important work of implementing its recommendations to address fire safety defects?

Is he aware of the extent of the problem in Ireland and that a larger number of estates built during the last housing boom have fire safety defects?

While about 30 Celtic Tiger era developments that have been reported in the media to have fire safety defects, it is widely understood that a much larger number of developments are at risk.

Is the Minister aware how many homes built during the last boom are at risk of rapid fire spread? Documents released to me under the Freedom of Information Act show that his department has been aware of this problem over the last 10 years. Will he ask his officials why they haven’t been acting on this knowledge over the last decade?

Will he abolish self-certification and replace it with independent inspection of buildings to ensure compliance with building control regulations and fire safety regulations?

The abolition in 1990 by Fianna Fáil of rigorous independent building control inspections carried out by local councils and its replacement with a system of self-certification by builders has proved disastrous. This system which has been reformed in recent years now involves sign off by an architect or qualified professional hired by the developer.

Will he restore the system of rigorous independent building control inspections that were in place before 1990?

Will he investigate the failure of councils to use their building control powers to pursue developers that were found to be in breach of fire safety regulations?

In several documented cases, local authorities have failed to use their extensive powers to hold developers to account and ensure that they fix fire safety defects and pay for these works.

For example, in January 2007 fire spread rapidly to four units in a newly constructed timber frame estate in North County Dublin. The blaze broke out during remedial works after a small piece of fiberglass ignited and fell onto a balcony damaging the timber frame structure and spreading into the party wall and then the wall cavity. Luckily this fire started during the daytime and a workman on the scene alerted the fire brigade immediately. Had this fire occurred at night when residents were sleeping the consequences could have been much more serious.

The local authority commissioned two separate reports which confirmed that there were more than 10 separate types of fire safety defects present in units on the estate. The council failed to take effective building control action against the developer to ensure the problems were rectified, and neglected to inform residents and local councillors about the defects uncovered.

Will the Minister investigate the failure of local authorities to pursue developers despite their statutory fire safety, planning and building control functions?

Will he abolish the 5-year statute of limitations that lets rogue developers off the hook?

If a local authority fails to take effective building control action against a developer within 5 years of the completion of construction, a 5-year statute of limitations kicks in. Often it takes years for defects to be discovered – fire safety defects might only emerge after the rapid spread of a fire which demonstrates that fire stopping measures were not put in properly during construction.

Other posts by author:

1 thought on “‘Does our Housing Minister know how many homes are at risk of rapid fire spread?’ Cian O’Callaghan”