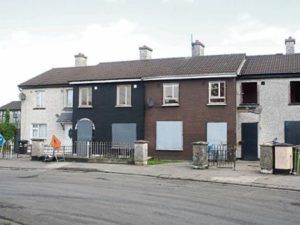 Edition 117 of BRegs Weekly is out now.

Fallout form the Grenfell Tower fire in London continues. In the Architects’ Journal article “How architects could face prosecution over Grenfell Tower fire”, legal experts examine the issues prosecutors should consider in deciding whether to press charges of manslaughter over the high-rise tragedy. They note that  all the construction professionals contracted with the council who knew that the cladding was not fireproof are likely to have had a “duty to warn”. Simply warning an employer, for example, of a risk of catastrophic fire is not enough- One must warn vigorously or, where the risk is high, simply refuse to proceed with the works; perhaps even take steps to prevent others from proceeding. They note “As enquiries continue, it remains unclear who may find themselves standing in the dock, but it could well be any of the designers, contractors or even the local authority that commissioned the works…Whether a breach of a duty to warn in this instance constitutes gross negligence manslaughter or corporate manslaughter will ultimately be a matter for the jury to decide”

Continued deterioration in Ireland’s housing sector again occupies the media this week. In “Vacant property owners turn down €32m grant scheme” The Irish Times reported on the ‘Repair and Leasing scheme’, which was established 10 months ago under the Government’s Rebuilding Ireland plan to tackle the housing and homelessness crises. A fund of €32 million was allocated to the scheme with a target of bringing 800 homes into use by the end of this year. However, to date no homes have been secured in Dublin. Contracts for just 7 houses have been signed nationally and none have yet been completed and handed over to local authorities. According to the latest census, over 180,000 homes, excluding holiday homes, are vacant, more than 20,000 of which are in Dublin city.

In “Builders refusing to commit to affordable homes as prices rise” Paul Melia reported on the Government’s ‘Planning Rebate Scheme’. It was launched in November 2015 and allowed builders to reclaim local authority levies in return for providing new homes for €300,000 or less in Dublin and €250,000 in Cork. The rebate scheme applies to homes completed and sold between January 2016 and December 2017 and must be located in developments of 50 units or more. Minister Eoghan Murphy has conformed that no applications were made to Cork City Council, Cork County Council and Dún Laoghaire-Rathdown County Council, and one application to Dublin City Council was not be processed as the number of units in the scheme was less than 50. The Department of Housing said that applications were expressions of interest and it was not possible to indicate how many housing units, out of 1,300 potential affordable units identified, might be delivered by year’s end. Eoin O’Broin TD said “There’s no reason why the State, in a mixed tenure development on public land, couldn’t provide social and affordable housing. If you can produce a house for €191,000, you could sell it for €200,000 or €210,000”.

Finally, in the Independent article “Taxpayer to fund developers- with no guarantees on prices”, major developers are in line to receive millions of euro in taxpayers’ money to help offset the cost of building homes – but there are no guarantees they will be affordable. The Government has committed to providing millions in state aid to offset costs for global firms including Lone Star, Starwood Capital, Cairn Homes and Hines which jointly control assets worth billions of euro in Ireland and across the globe to help build roads and other infrastructure needed to open up land for housing. Under the terms of a €225m Local Infrastructure Housing Activation Fund (LIHAF) announced last September, developers and local authorities were required to broker deals where it was agreed 40% of all new homes would be ‘affordable’. However it would appear that this requirement has subsequently been removed when funding was awarded this year. In many cases, developers refused to set out concrete proposals to ensure homes were delivered at affordable prices. The Department of Housing confirmed no agreements have been finalised, who said: “The department currently has a number of both draft and provisional final agreements from a number of local authorities, which we are in the process of examining to ensure that they ascribe to the criteria set down in the terms of the fund.”