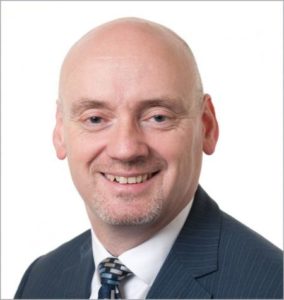 A short three week public consultation period during the August holidays for public input to a formal  ‘Rebuilding Ireland’ Housing Plan review concluded on Friday 11th August.  In the year since former Minister Coveney’s plan was introduced there has been a 30% increase in families in homelessness, rent inflation is more than 10% per annum and house price inflation has  increased beyond 11%. Despite Government measures, new housing output remains sluggish and Rebuilding Ireland progress reports continue to use inflated figures for new housing supply.  Key milestones such as the discontinued use of B+B’s and hostels for emergency homeless accommodation by July 1st have been missed, and 200 ‘rapid’ prefab housing units  promised for the end of 2016 have yet to be completed. No detailed proposals have been issued to date for the re-use of existing vacant buildings (Pillar 5). The following is a review of the housing plan by the Secretary General of the Department of Housing John McCarthy in Eolas Magazine, published in July in association with the Housing Agency.  Mr McCarthy is the highest placed civil servant in the Department and has been the architect of housing policy under four successive Ministers since 2014.  Article to follow (link to article here):

As we approach the first anniversary of the launch of the Rebuilding Ireland Action Plan for Housing and Homelessness in July, it’s naturally a time of reflection and review. Department of Housing Secretary General, John McCarthy, writes.

The Rebuilding Ireland launch anniversary also coincides with the appointment of Minister Eoghan Murphy as the new Minister for Housing, Planning and Local Government. In his Dáil address when appointing the new Government, the Taoiseach, while recognising the progress already made under Rebuilding Ireland, signalled the Government’s intention to carry out a review at this important juncture. Minister Murphy has now initiated that review process with a focus on how we can build on the significant achievements to date and identify new initiatives that add value and raise ambition even further.

In terms of reviewing progress to date, we already have a comprehensive implementation, reporting and communication framework in place to assess how the actions under Rebuilding Ireland are working. At this point, three detailed quarterly progress reports have been published on the rebuildingireland.ie website.

Looking back at overall progress in the first year, it is necessary to consider each of the Action Plan’s five pillars.

“One year into implementation of what is a six-year Action Plan, a very significant amount of progress has been made in delivering the comprehensive set of actions set out in Rebuilding Ireland.”

One year into implementation of what is a six-year Action Plan, a very significant amount of progress has been made in delivering the comprehensive set of actions set out in Rebuilding Ireland. There is of course a considerable journey ahead and the Department, working with local authorities, Approved Housing Bodies, the Housing Agency and a range of other public and private actors, will remain resolutely focused on the implementation agenda, taking account also of the outcome of the review now getting underway.

We will continue to publish quarterly progress reports so that there continues to be a clear, up to date reflection of all that is going on in advancing the comprehensive Rebuilding Ireland programme.

Other articles of interest:

Peter McVerry: Housing crisis for the rich or poor?

Number of homeless could reach 10,000 by next year–Simon Community

Is ‘Rapid’ housing too little, too late (again)?