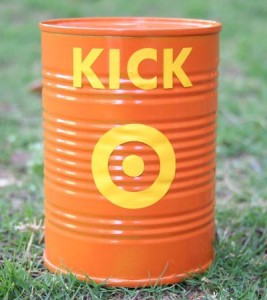 The following article in the Examiner “Government launches second audit over school fire safety concerns” Fiachra Ó Cionnaith reports on continued problems with the state’s so-called “rapid’ build schools programme. This is the second investigation into serious fire safety concerns in Celtic Tiger-era schools amid growing fears that the scale of the crisis has been deliberately “suppressed”. (see full story here):

A further ‘rapid’ build programme is currently being rolled out by the Department of Housing with the aim to construct 1,500 homes nationwide. It is unclear what impact this second fire safety review will have on the current housing policy. Extract:

Education Minister Richard Bruton confirmed the move as he said his department is continuing to “consult with the Chief State Solicitor’s Office” over what, if any, legal action it may take against builders behind the sites.

In a statement to the Dáil’s education committee yesterday, Mr Bruton said all of the 37 schools built by Western Building Systems, based in Coalisland, Co Tyrone, since 2003 will be examined in the next six months.

The move is in addition to a separate sample audit of fire safety standards at 25 schools built by a number of companies during the boom.

This audit was launched after the department was last month forced to publish five 2016 audits into Western Building Systems-built schools found to have major fire safety concerns. These were instigated by an October 2015 Irish Examiner investigation into a linked school…

This comment was criticised by the committee, with members claiming the scale of the crisis has been “suppressed”.

“Why was the department, from October 2015 right up to now, guilt of suppressing this, of having it suppressed?” said Solidarity-People Before Profit TD Richard Boyd Barrett .

Mr Bruton said his department is in ongoing contact with the Chief State Solicitor’s Office to examine what, if any, legal action the State may take if mistakes are found.

He also said he has set up a new group within his department to oversee all audit findings, and that a “clerk of works” will be appointed to ensure transparency on future builds.

Asked if he will ban any firm behind schools considered a fire hazard, Mr Bruton said he cannot do so unless they breach EU tender laws.

“Western Building Systems Ltd has a distinguished record of delivering high-quality buildings for more than 35 years throughout the UK and Ireland. We take matters of health and safety very seriously indeed,” said the spokesman.