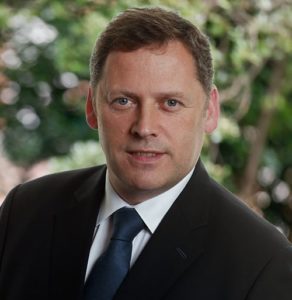 This week Fianna Fail proposed a Bill which contained provisions for fire safety checks by independent inspectors to replace the system of self-certification currently in place. In “Fianna Fáil publishes Bill to speed up access to vacant homes” Irish Times, Barry Cowan TD outlined proposals to speed up the planning approval and building control processes to allow the speedy conversion of vacant properties into habitable units.

The Bill focused in on “above the shop” units around the country which are currently vacant and it envisages a “one-stop-shop” for approving the refurbishment process. Under this plan an owner can apply to be included in the process and if accepted, the owner will receive a “works permit” that will replace a fire safety certificate and will verify compliance with building regulations.

He said they exist in large numbers, and pointed out that Dublin City Council recently estimated there were as many as 4,000 vacant spaces above commercial units. “With the right policy instruments in place this could translate into over 20,000 additional residential units in a short space of time,” said Mr Cowen.

The Bill is a timely piece of legislation given continuing health and safety issues associated with existing buildings and fire safety. In  Times Ireland “Evacuation warning to hostel over fire safety”, a recent high court ruling on a hostel described as a “fire trap” must be vacated unless it is brought up to code.

Mr Justice Seamus Noonan said that he would have ordered the immediate evacuation of the Dublin building yesterday but it would have left more than 20 residents seeking alternative accommodation.

The property on Old County Road in Crumlin was one of a number of properties being investigated by RTÉ as part of an upcoming documentary on breaches in the private rental sector.

“In the course of our investigation, a property in Crumlin came to our attention. We believed this property posed an immediate danger to the tenants residing there. Ahead of the programme to be broadcast, RTÉ Investigates reported the property and the concerns for the safety of the tenants to Dublin city council,” a statement from the broadcaster said yesterday.

The Dublin city fire officer found that there were no escape routes or fire alarms, and there were a number of other safety issues. John and Yvonne McEleney, the owners, could not be contacted, the court was told. Mr Justice Noonan said that he wanted to grant the order ending the building’s use as a residence but was concerned about putting people out on the street last night.

Dublin Region Homeless Executive could not find any alternative accommodation for the residents last night so Mr Justice Noonan imposed the order on the premises that fire regulations must be adhered to. He ordered the case to come before him tomorrow.

The programme, which has been in production for six months, will be shown on RTÉ One later this month. Link to RTE here.