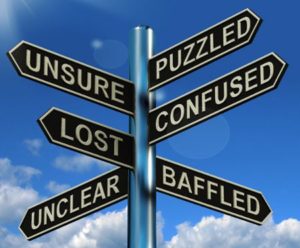 Reaction to Budget 21018 has been mixed, particularly in relation to housing. Two notable omissions from proposals noted by opposition parties yesterday were the lack of any affordable housing scheme and no measures to address the country’s 183,000 existing vacant properties. The following Irish Times article “Budget 2018: State continues reliance on private sector for social housing” rendered some background to the current budget proposals.

“…for the fourth year running the Government is relying on the private rental sector to solve the social housing crisis, a policy which has yet to succeed.

Almost €1.9 billion is being provided for social housing next year, an increase of 46 per cent on 2017, which Minister for Housing Eoghan Murphy said will provide homes for 25,000 people currently on waiting lists.

However, only 3,800 of those “new” homes will be built by local authorities or voluntary housing bodies. The majority – about 20,000 – will be rented from private landlords, largely using the Housing Assistance Payment (Hap), where rent is paid directly to landlords by local authorities on behalf of tenants.

The remaining homes will be built by private developers, returned to the system through refurbishment, or bought on the private market…

Defending the 3,800 figure, Mr Murphy said it was about 1,800 more than would be built by the end of this year. This year’s total of about 2,000 is not quite the 2,400 promised in last year’s budget but if it is achieved, it would not be dire. It is, however, very small compared to the 15,000 Hap tenancies expected to be provided by the end of this year.

It will be next year before the figures achieved in 2017 will be known, but the promises and outcomes for the first two post-austerity budgets of 2015 and 2016 can be measured.

The 2015 reality? A miserable 75 homes were built by local authorities and just over 400 by voluntary bodies. The Hap scheme resulted in 5,680 new tenancies.

However, in recent weeks city and county councillors have approved the construction of the first 259 of these homes…

Other measures designed to bring more homes to the market seem to have fallen by the wayside. The Living City Initiative, designed to encourage the renovation and reuse of pre-1915 city centre properties, announced in budget 2015 and revamped in budget 2016, has had fewer than 50 applications.

While an affordable rental scheme, using €10 million from the proceeds of the sale of Bord Gáis, aimed at people whose incomes are above the threshold for State rental assistance but who cannot afford private rents, disappeared altogether.

A new affordable house-purchase scheme had been expected ahead of this year’s budget. It will be announced in the coming weeks, Mr Murphy said.

1 thought on ““Budget 2018: More for housing… if developers get up early” Irish Times”