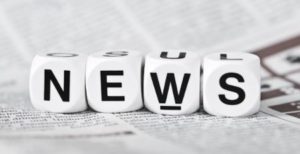 Edition 125 of BRegs Weekly is out now.

In “Budget 2018: State continues reliance on private sector for social housing” Olivia Kelly reports on Budget 2018 which was announced last week “..for the fourth year running the Government is relying on the private rental sector to solve the social housing crisis, a policy which has yet to succeed. Almost €1.9 billion is being provided for social housing next year. However, only 3,800 of those “new” homes will be built by local authorities or voluntary housing bodies. The majority – about 20,000 – will be rented from private landlords, largely using the Housing Assistance Payment (Hap), where rent is paid directly to landlords by local authorities on behalf of tenants.”

In “Mick Wallace calls for €33m sale of Dublin Docklands apartments to be halted” Ronald Quinn noted that the Independent TD  has called on the Government to suspend a NAMA sale of 124 Dublin docklands apartments. Commenting on Nama’s move, Mr Wallace said: “We are in the middle of a housing crisis, and Nama are now buying apartments, in order to sell them on to vulture funds. Nama have now become property speculators. It beggars belief that Fine Gael, Fianna Fail, Labour, and now even Sinn Fein, believe that Nama have the expertise to solve our housing crisis. Nama are part of the problem, not part of the solution.”

In other housing (see here) news a review of the Government’s ‘help-to-buy scheme’, carried out by independent consultants Indecon an international economic consultancy company, found that the scheme had yet to make any impact on the market. The VAT rebate incentive  allows first-time buyers to claim up to €20,000 back in tax will remain in place next year. The scheme was criticised as being inflationary by analysts and opposition parties. No Cost-Benefit analysis of the measure had been undertaken in advance of implementation by the Department of Housing.