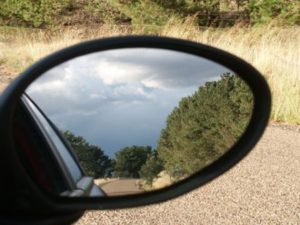 Two years ago architect David Hughes asked if a cost-benefit analysis had been completed and the increased energy use on our 2020 renewable targets been assessed? Data centres could add 37% to overall electricity demand and will make our renewable targets proportionally harder to reach, the fines even higher again and last but not least will undo all of the CO2 savings to date. Post from November 2015 as follows: 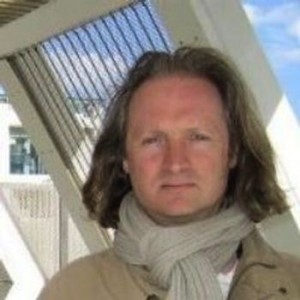 Cloud computing is now part of everyday life. From streaming services such as Spotify and Netflix to search engines and email from companies like Google and Yahoo to online storage services like DropBox… ‘The Cloud’ is both everywhere and yet seemingly invisible.

However in spite of its name, ‘The Cloud’ has some very earth bound needs and truly massive energy requirements. In fact, somewhat aptly, ‘The Cloud’ has overtaken world aviation in terms of its overall energy demand.

These days Ireland seems to be a preferred location for the cloud’s physical footprint – data centres. These data centres will not simply serve Ireland’s data needs but the needs of all of Europe and beyond. This multiplies their energy impact on Ireland enormously and when you analyse the consequences, it is hard to see any silver lining.

To give an example Apple are seeking permission for a 240MW data centre in Athenry Co. Galway, which will create up to 215 jobs. The electricity consumption of this data centre will be the same as 420,000 Irish homes. This is ¼ of all Irish homes or every single house in Dublin City, Dun Laoghaire, Fingal and South County Dublin combined. Basically, the electricity needs of 1 Million people.

Electricity is a very expensive and capital-intensive form of energy. For every kWh coming out of a socket 2.7 kWh of Primary energy needs to be inputted at source. The transmission and distribution infrastructure or ‘grid’ is also massively expensive. This cost is ‘socialised’ and can account for 75% of a domestic electricity bill.

As a society we may accept such costs to provide a benefit to 420,000 homes but is it really justifiable to socialise the same demand again for only 215 jobs? And Apple is only but one data centre.

In fact in total 1,000MW of data centres are projected for Ireland so on a pro rata basis will use the same energy demand as every home in Ireland.

In 2009 Ireland made a commitment to generate 40% of electricity from renewables. If we add this level of extra demand this makes that target much harder to achieve.

Last year the EPA stated that in relation to our 20:20:20 targets, we are only likely to achieve reductions of between 5% and 12% instead of the full 20% required. The SEAI calculates that the fine for this could be €1.6 Billion per annum.

The full 1,000MW of data centres could add 37% to overall electricity demand and will make our renewable targets proportionally harder to reach, the fines even higher again and last but not least will undo all of the CO2 savings to date.

In the end, trying to chase this growing demand from data centres, will spawn further Wind Farms, Pylons and Transmission lines and will leave the Irish with a second  ‘Universal Social Charge’ this time for either paying an EU fine or paying for the ‘grid’ or both.

Time for a Debate.

Given these figures it’s time for a debate on ‘The Cloud’ in Ireland. Are the numbers of jobs created in anyway justified in terms of its energy demands?

The responsibility seems to fall between a myriad of different agencies and departments pursuing different agendas but each with a focus too narrow to look at the bigger picture. As a result to date, data centres have slipped through the net unchallenged.

We are at a cross roads in terms of whether we follow a route of demand reduction or increase, however ‘The Cloud’ could create the perfect storm and sink Ireland into decades of legacy costs for very expensive and unnecessary electrical infrastructure, which could be just as painful as paying back the inflated property prices that lead to the bank bailout.

David Hughes is a specialist low energy and historic conservation architect with over 25 years experience. He  has designed the first non residential ‘passivhaus’ for the Irish State or Semi State Sector. He has won many national and international awards with two international awards for low energy and environmental design and has spoken and written both nationally and internationally on energy issues and in particular the opportunities from a deep retrofit and how to finance it. Since 2014 he has been serving as secretary of the PHAI and sits on the National Scientific Committee for Energy and Sustainability of ICOMOS Ireland.

Original post: ‘The Cloud’ Bytes Back – how Data Centres will cost Ireland dearly