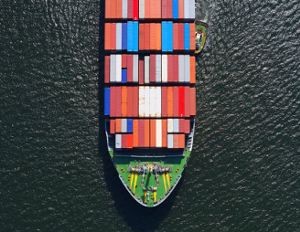 Are Building Regulations a threat to Foreign Direct Investment?

One area overlooked by commentators and policy makers in the Building Regulations debate are non-residential projects, and in particular foreign direct investment (FDI) projects. The massive costs and delays due to SI.9 introduction last March on the residential sector have been well documented, PMI and CSO indicators all showing an initial surge to get projects started before March, petering out towards the end of last year.

Richard Bruton T.D. at a meeting last year with the World Bank recognised that there was “…a fundamental link between competitiveness and job creation” (see more here).

It is remarkable that there has been no effort to address Ireland’s continued slide in international rankings for ease of construction. The World Bank in their annual “Doing Business” report compare 189 countries in the world in various sectors. Ireland’s overall country ranking is a reasonable 13th, ahead of competitors like Switzerland, Netherlands and Israel.

However when it comes to construction permits and building regulations the World Bank places Ireland at a dismal 128th place, way down between Algeria and Bolivia. For a typical FDI building, Ireland’s regulatory costs are over seven times those in the UK.

The World Bank  take a typical production/warehouse building (13,000 Sqm valued at €1.46m), a standardised template for industry, and based on information from respective government departments calculates the time needed and cost of obtaining all relevant statutory permissions to enable owners to build and occupy buildings. Our direct competitor, the UK, is seen as a “best practice system.

The World Bank reports that the total cost to obtain permits for a typical FDI unit in the UK is €19,035 (£15,039 or 1.2% of the capital cost of the development) and includes 100% independent inspections for building control (approved inspector model). There are 12 procedures to get all statutory permissions for a typical unit and this will take 150 days. See detailed data for UK here (click on title):

By contrast in Ireland the cost of statutory fees is an eye-watering €138,379, or 9.4% of the capital cost. There are 38 procedures that take a minimum of 208 days (if owners risk various tasks being undertaken in parallel). These costs do not include our privatised self-certification system of Building Control. Planning contributions alone comprise €126,184 to this inflated cost in Ireland. See detailed data for Ireland here (click on title):

The next report could include additional S.I.9 costs will include design, assigned and ancillary certification costs, defensive specifications and delays due to inadequate Local Authority resources and staffing.

This could add an additional 7% of the capital cost of the development, or over  €100,000 for this building type. Our actual total costs for construction permits, if the real cost of our ‘off-balance sheet reinforced system of building control’ is included, may be more than 10x that in the UK.

Acknowledged by Minister Kelly as “using a  mallet to crack a nut” there is a risk that our fragile recovery and in particular the FDI sector will bear the brunt of ill-conceived regulations, reducing competitiveness, costing valuable jobs and putting our recovery in jeopardy. Conceived as ‘political solution’ for speculatve built housing issues, SI.9 has been applied without any cost-benefit analysis to the entire construction sector and is proving very costly to other non-residential building types. Over 60 school projects have been delayed and Government capital projects costs are increasing across the board.

The recent annual review of the building regulations announced by Ministers Kelly and Coffey excludes all non-residential buildings, with a political focus on once-off housing.

A significant 25% drop in overall building commencement levels in the 12 months since the introduction of SI.9 was confirmed in the Dáil last month.

Last month on RTE Radio One a number of business owners were complaining about the cost of planning contributions around the country. There is widespread concern that a failure to deal with ‘stealth’ charges is impacting on competitiveness and job creation, particularly for SME’s. The World Bank report provides an objective independent confirmation of the experience of these business owners.

Policy-makers in Ireland may be unfamiliar with the work of the World Bank investigations but international investors may be wondering when the ‘best little country to do business’ will catch up?

Practical posts 3: Change of Use – FDI and offices